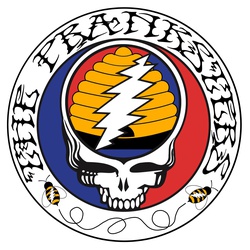 If you are looking for more than a school for your Pre-K to 8th grader, come check out our community. Childcare provided during the information meeting and tour. We are a free charter school, part of the SLC School District 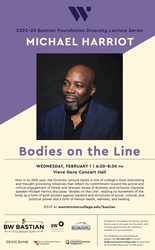 About the keynote speaker
Michael Harriot is a columnist at theGrio and a staff writer on The Amber Ruffin Show. His work has appeared in the Washington Post, The Atlantic, NBC, BET, and on his mother’s refrigerator. He is a frequent political commentator on MSNBC and CNN and earned the National Association of Black Journalists Award for digital commentary as well as TV news writing.
Known for his acerbic wit, biting commentary, and investigative reporting, Harriot’s work has influenced presidential politics and pop culture. He originated the phrase “invited to the cookout” and his social media posts contextualizing history are shared by millions.
He served as the sole writer for BET's Midterm Election Special as well as "Young, Gifted and Broke," an examination of the student debt crisis. Although he has jokingly billed himself as a “wypipologist” for years, Michael Eric Dyson hails him as "one of the funniest men out there taking no prisoners on the subject of white supremacy." As a performance poet, Michael has traveled across the country performing his unique blend of comedic verse.
Michael earned degrees in mass communications and history from Auburn University and earned a master's degree in macroeconomics and international business from Florida State University. He also won the 2019 National Association of Black Journalists award for digital commentary but considers his biggest accomplishment to be the fact that Tucker Carlson, Candace Owens, and the National Rifle Association have all publicly expressed disdain for him.

The Cancers w Number One Babe Team, Sinking About, DJ Set By Turbo 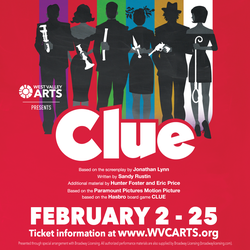 Play, Comedy, 90 Minutes February 2-25, 2023 Thurs-Sat 7:30 p.m., ​Sat matinee 3:00 p.m. Based on the screenplay by Jonathan Lynn Written by Sandy Rustin Additional Material by Hunter Foster and Eric Price Based on the Paramount Pictures Motion Picture Based on the Hasbro board game CLUE Original Music by Michael Holland It's a dark and stormy night, and you've been invited to a very unusual dinner party, and the host is, well . . . dead. So whodunnit? Based on the cult classic film and the popular board game, Clue is a family friendly comedy that will keep you guessing until the final twist. ​​