Dawes at The Commonwealth Room

Dawes rolls in with their "Good Luck With Whatever Tour" with special guest Erin Rae.

beabadoobee at The Depot

beabadoobee headlines The Depot with BLACKSTARKIDS, and Christian Leave.

Beach Bunny at The Depot

Every year since 1989, on or around World AIDS Day (December 1), art museums and galleries close their doors, turn off their lights, or shroud works of art while offering information about HIV/AIDS and safer sex. This international day of action and mourning in response to the AIDS crisis is called Day With(out) Art. It honors individual legacies, commemorates personal loss, and increases awareness and action to combat the worldwide AIDS epidemic.

This year, in observance of Day With(out) Art, the UMFA is covering Aphrodite with Eros on a dolphin at her side (1st-2nd century), an object in the Ancient Mediterranean Art gallery, to remind visitors that HIV and AIDS have not gone away, and that there are many things still to be done. The UMFA is also partnering with Visual AIDS to virtually present ENDURING CARE, a video program highlighting strategies of community care within the ongoing HIV epidemic. The hour-long program features new works by Katherine Cheairs, Cristóbal Guerra, Danny Kilbride, Abdul-Aliy A. Muhammad and Uriah Bussey, Beto Pérez, Steed Taylor, and J Triangular and the Women’s Video Support Project. ENDURING CARE disrupts the assumption that an epidemic can be solved with pharmaceuticals alone and recasts community work as a lasting form of medicine.

To learn more about HIV and AIDS, including ways you can take action against the disease, visit http://www.aids.gov/.

Courtney Barnett is out on tour in support of her new album, Things Take Time, Take Time.
KRCL is proud to present the show. Details at www.depotslc.com 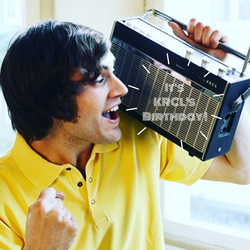 Happy Birthday KRCL!  On December 3rd, 1979, 90.9fm KRCL was born – broadcasting from its first home above the Blue Mouse Theater. Now, 42 years later KRCL continues to grow and thrive reaching new audiences near and far, and is still firmily rooted in the Salt Lake City community.

Give a gift to KRCL in celebration... $42 for 42 years of connecting community and amplifying the voices of those who need it most.

More than forty years ago, well-known community activist Stephen Holbrook and many of his friends were having conversations. How could Utah become the place they truly wanted to call home? The group agreed they wanted live in a true community – an open, inclusive place where opinions were welcomed.

Taking their cue from other communities, they came up with an elegant concept: Create a “town square” for Utahns. A centerpiece for information. A home for fair-minded political dialogue. A place to promote local cultural and social happenings. To enhance the relevance of the platform, and give a nod to the increasing importance of music and the spoken word in youth culture, they thought to embed this town square in a body of music from around the country and around the globe. They decided to start a community radio station.

The concept sounded simple, yet many things had to be put into place: equipment, programming, staff and finding a physical home. It turned out that putting a radio station on the air would take a lot of cash. Where would they find the financing and managerial expertise necessary to make such an endeavor a success?

Holbrook and his friends got busy. One of the first connections they made was with actor, director and well-known activist, Robert Redford. Through Redford’s connections and a lot of blood, sweat, and tears, Holbrook and a host of others found the experts they needed secured the funding necessary to put the station on the air and run it for the first three years.

Gregory Alan Isakov, after a sold out show at the Eccles Theater the night before, heads to The Commonwealth Room for night 2 with Leif Vollenbekk opening the show. Tickets and information www.thestateroompresents.com 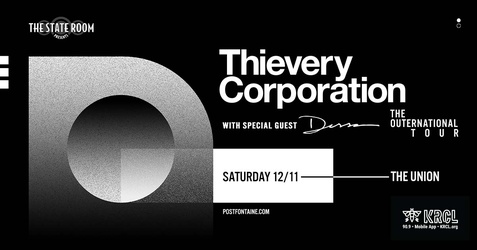 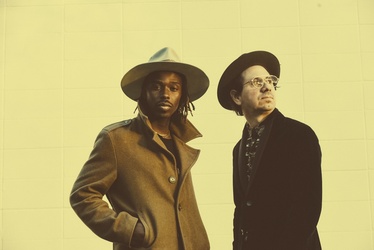 The Black Pumas return to Salt Lake City with a new date, Dec 12 at The Depot. (Previously Rescheduled)

PLEASE BE MINDFUL OF OTHERS' PERSONAL SPACE

We’re committed to doing everything we can to ensure we can continue bringing amazing live concerts to fans. Starting October 4th, prior to entry into The Depot, ALL shows will require attendees to provide proof of a negative COVID-19 test result within 72 hours of the event OR full COVID-19 vaccination (at least two weeks after final dose). Proof must be a PRINTED copy of a negative test result or vaccination, or the original vaccination card.

Please note that requirements and venue protocols, such as testing and vaccination, are subject to change, so be sure to check back closer to your event date for the latest information.

Face coverings are strongly recommended for fans who are not fully vaccinated, unless actively eating or drinking, per CDC guidelines.

Arrive at designated door time & entrance as listed on your tickets

Only the following bags are allowed:

Observe and comply with signage and guidelines posted throughout venue.

Do your part to practice good hygiene (wash your hands frequently, don’t touch your face)

If you're not feeling well, please stay home and get well.