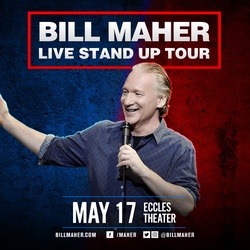 Live at the Eccles: Bill Maher