Spanning genres, moods and budgets, we welcome you to a tour of this year’s work from residents of our Artist Foundry. These local filmmakers will showcase their latest shorts and trailers from feature films. 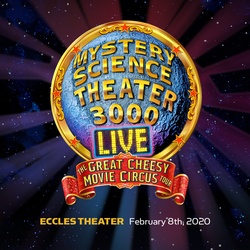 The hilarious Peabody Award-winning hit TV comedy is coming to Salt Lake City with an all-new Mystery Science Theater 3000 Live: The Great Cheesy Movie Circus Tour! Join show creator and original host, Joel Hodgson, and the world’s greatest – and only – movie-riffing robots, Tom Servo, Crow, and Gypsy, as they take you on an exhilarating roller coaster ride through some of the cheesiest films ever made. Mystery Science Theater 3000 has earned its place in history as one of the Top 100 TV Shows of all time and is currently a hit show on Netflix. Now you can sit in the same theater with your favorite characters and experience this comedy phenomenon in a universally acclaimed LIVE event. This is the last chance to see Joel as he celebrates his final live tour performing the unique comedic art form he created. The exhilarating, nonstop, rapid-fire hilarity is brimming with hundreds of jokes riffed on a “So-Bad-It’s-Good” feature film, plus spirited sketches and songs that turn the stage into a circus-themed party.

Afterward is supported through our Fiscal Sponsorship program.

In this timely and fearless personal documentary, Jerusalem-born trauma expert Ofra Bloch forces herself to confront her demons in a journey that takes her to Germany, Israel, and Palestine. Set against the current wave of nationalism sweeping the globe, Afterward delves into the secret wounds carried by victims as well as victimizers, through testimonies that range from the horrifying to the hopeful.

As a psychoanalyst, Ofra travels to Germany to understand how the legacy of the Holocaust informs contemporary daily life and shapes Germans’ collective identity. Ingo, an ex-Neo-Nazi leader;​ ​Johanna, a researcher of Holocaust testimonies; Thomas, a history professor; Anja, a psychoanalyst; and Horst, a fine artist, speak to the complex ways the Holocaust affected their childhoods, and continues to influence their careers and life choices.

In​ ​Palestine, Ofra encounters Samah, a psychiatrist who serves women and children impacted by the Occupation; Raneen, an advocate for Palestinian refugees; Basel, a young war photographer from Gaza; Bassam, a peace activist; and Muhammad, a professor who took his Palestinian students to visit Auschwitz. With them, Ofra explores the identity-making narratives of the Holocaust and of the Nakba, violent and non-violent resistance, and the possibility of reconciliation.

Seen as a victim in one context and a perpetrator in the next, Ofra’s journey leads all the way home, to the Jerusalem neighborhood where she grew up. The film points towards a future – an “afterward” – that attempts to live with the truths of history in order to make sense of the present.

In the days after the shooting at Marjory Stoneman Douglas High School in 2018 that killed 17 people and launched a nationwide student movement, filmmakers Emily Taguchi and Jake Lefferman embedded with students and families whose lives were forever transformed. They include senior David Hogg, who recorded his class during the attack and became the face of the Never Again movement; freshman Brooke Harrison, who was in the first classroom under attack; Sam Zeif, a senior who was locked down in the same building, texting with his little brother and unsure if they would ever see each other again; Andrew Pollack, the father of 18-year-old Meadow, who was killed after being shot nine times; and the loved ones of 17-year-old Joaquin Oliver, including his parents Manuel and Patricia, girlfriend Victoria Gonzalez, and best friend Dillon McCooty. The filmmakers developed trusting relationships with these students and families, who opened their doors during some of the most difficult moments of their lives, and followed their private journeys as they rose to challenge the nation to end gun violence. Weaving together candid, in-depth interviews, vérité footage, and personal videos, the film chronicles moments both intimate and defining – from the quiet hours of grief and reflection, to those of political awakening, and onto milestones on the public stage – creating a moving portrait of one community’s crusade to turn tragedy into progress. 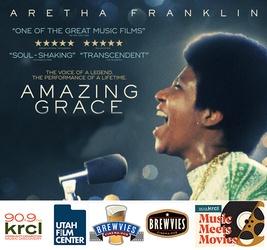 At the Video Store

An underground community of lovable weirdos has preserved the endangered species of mom n’ pop video rental stores across the United States. Alan’s Alley in New York, Movie Madness in Portland, Scarecrow Video in Seattle, Le Video in San Francisco, Odd Obsession Movies in Chicago; each has stayed valiantly afloat amid the rising tide of automated rentals and streaming services. At The Video Store is a loving ode to the dying art of connection and curation these independent rental outlets served a generation of Americans. Director James Westby weaves together the macro-narrative of the industry’s changing business model with the intimate memories of store owners and cinema icons like John Waters, Nicole Holofcener, Gus Van Sant, and Bill Hader. A vibrant original soundtrack including songs performed by Laura Veirs, Liz Vice, Storm Large, Wonderly, and Mo Troper crystalizes the community’s underground spirit. While nostalgic for what was lost, the film is hopeful about what neighborhood video stores can still offer a world starved for novelty and authentic human interaction.