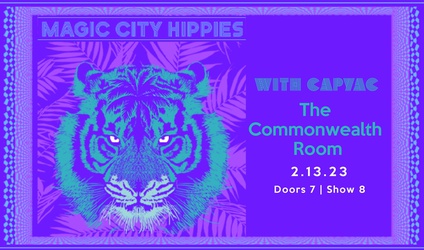 A mosaic of poolside grooves and lingering, sun-kissed melodies. Est 2015, Miami FL Magic City Hippies is: Robby Hunter, Pat Howard, John Coughlin Shades on and shirts unbuttoned, Magic City Hippies generate the kind of heat that could’ve powered a high seas yacht party in the seventies or shake a Coachella stage next summer. If the trio—Robby Hunter, Pat Howard, and John Coughlin—stepped off the screen from some long-lost Quentin Tarantino flick in slow-motion (instruments in hand), nobody would question it. Embracing everything from AM radio rock and poolside pop to nimble raps and salsa, they lock into an era-less vibe with no shortage of funk or hooks. The three-piece deliver the kind of bangers you can play on the way to the party, during the party, and to smooth over the comedown as the sun comes up. 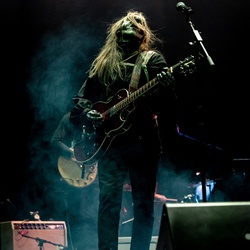 History Deep Love is a theatrical event for lovers of music and storytelling. The story and music were written by Ryan Hayes and Garrett Sherwood in 2010. From its grassroots beginnings in the Rocky Mountain West, Deep Love has become a major musical phenomenon, supported by an extremely dedicated and loyal fanbase. Deep Love was a featured presentation of the New York Musical Theatre Festival in 2015, and in 2016 was an invitee to the prestigious Johnny Mercer Writer's Colony at the Goodspeed Theatre in Connecticut, where the show was further developed with the help of some of the top musical theatre minds in the country. the Story Deep Love is a glimpse at life through the eyes of a young widow from a bygone era as she struggles to meet the demands of her deceased husband's undying love. Sweethearts turn into adversaries in pursuit of what they cannot live without. About the Music Deep Love is show without dialogue— a modern take on the opera— where the characters tell the story entirely through the veil of a rock & roll concert. A dynamic soundscape is created through blends of modern rock, blues, and folk music, specifically designed for each scenario and character. Audience members are encouraged to boisterously clap, shout, and root for their favorite character throughout the entire show.