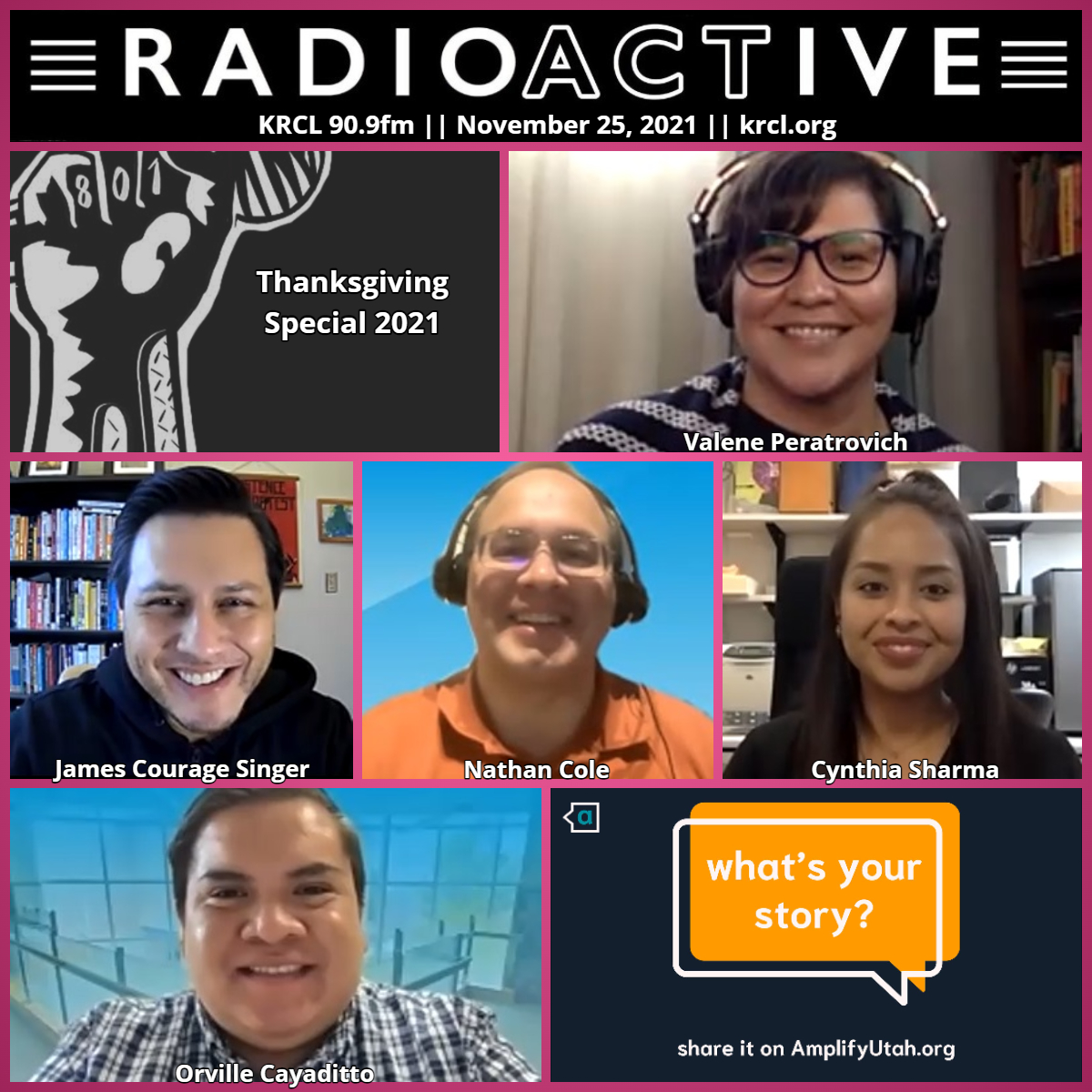 A RadioACTive Thanksgiving Special, featuring local Indigenous leaders and community members exploring the truths of this most American of holidays and their modern experiences.

Tonight's show was a collaboration with Radio SLCC, The Globe Newspaper and Amplify Utah. The latter is a new journalistic storytelling and media literacy project with a focus on storytelling by and about under-represented groups.

Views, thoughts or opinions shared by guests are their own and do not necessarily reflect those of the board, staff or members of Listeners' Community Radio of Utah, KRCL 90.9fm. Tonight's show was produced Lara Jones and hosted by Valene Peratrovich, a radio and journalism student at Salt Lake Community College.