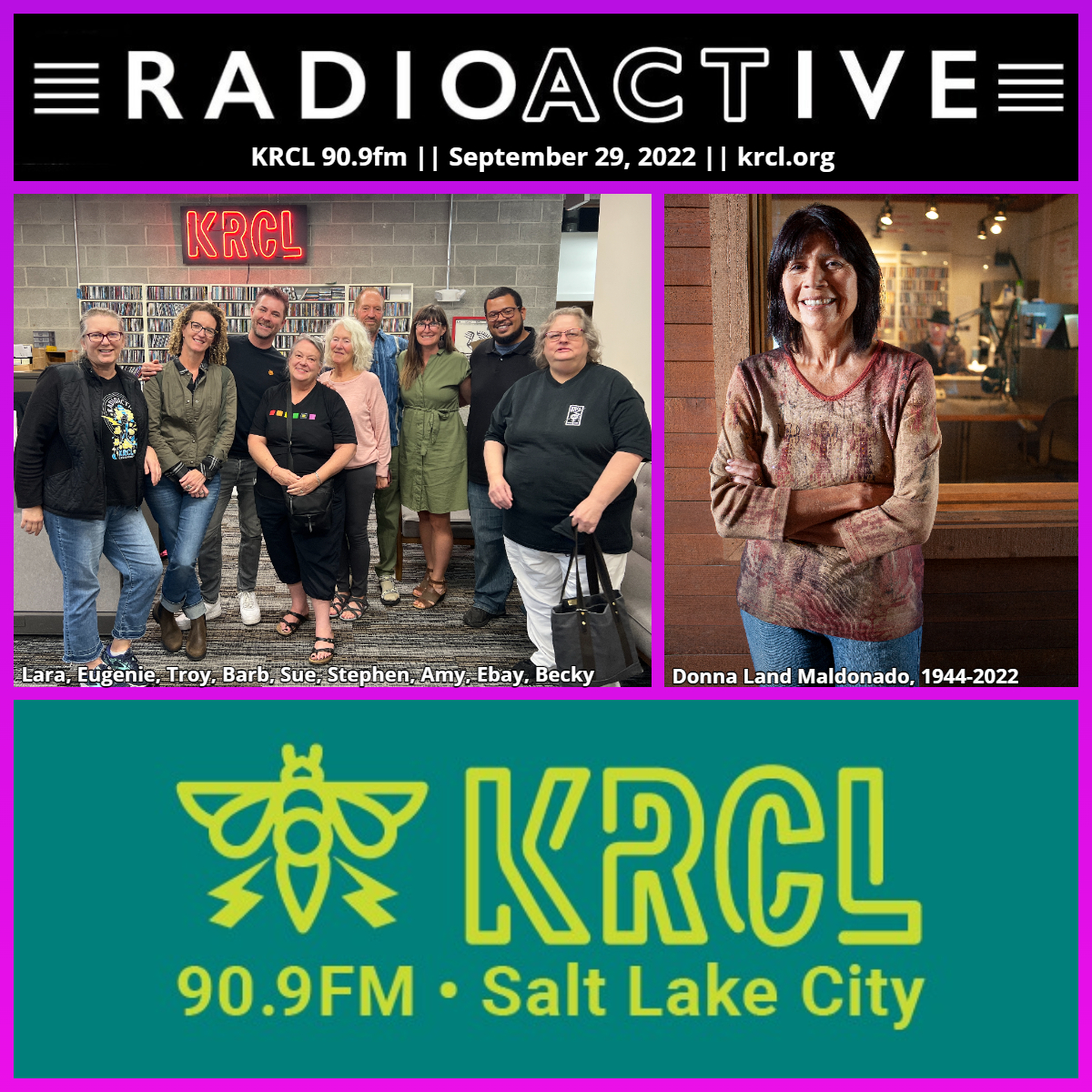 Rebroadcast: RadioACTive pays tribute to Donna Land Maldonado, who passed away earlier this week. Donna was a larger-than-life figure with a strong commitment to the environment, social justice, creativity, and the greater community the station serves. Listen as guests share their memories of a woman whose tireless work and 30-year commitment to KRCL will always be remembered.

A pioneer of community radio, Donna was one of the first people hired by KRCL founder Stephen Holbrook in July 1979 before the station had even signed on the air. Originally, she was brought in by Holbrook to create a show amplifying the voices of Native Americans. She rose through the ranks, eventually serving as Program Director before becoming General Manager in 1998, a role she held until her retirement in 2009. Listeners may remember hearing her on Wednesdays as host of Le Cafe Folk or filling in on Sunday’s Living the Circle of Life show.

Without Donna, the KRCL that we all know and love would not exist. Her tireless work and 30-year commitment to KRCL will always be remembered. We miss her. Our deepest sympathies go out to her husband, children and to all who loved her.

Leave a voice message with your memory of Donna, stories or songs she may have played on her show Le Cafe Folk. Messages will air on a special planned at a later date. Call (801) 903-1279

Celebration of Life details to come.

Read the story in the Salt Lake Tribune here.

Guests' views, thoughts, or opinions are their own and do not necessarily reflect those of the board, staff, or members of Listeners' Community Radio of Utah, KRCL 90.9fm. Tonight's RadioACTive team included: