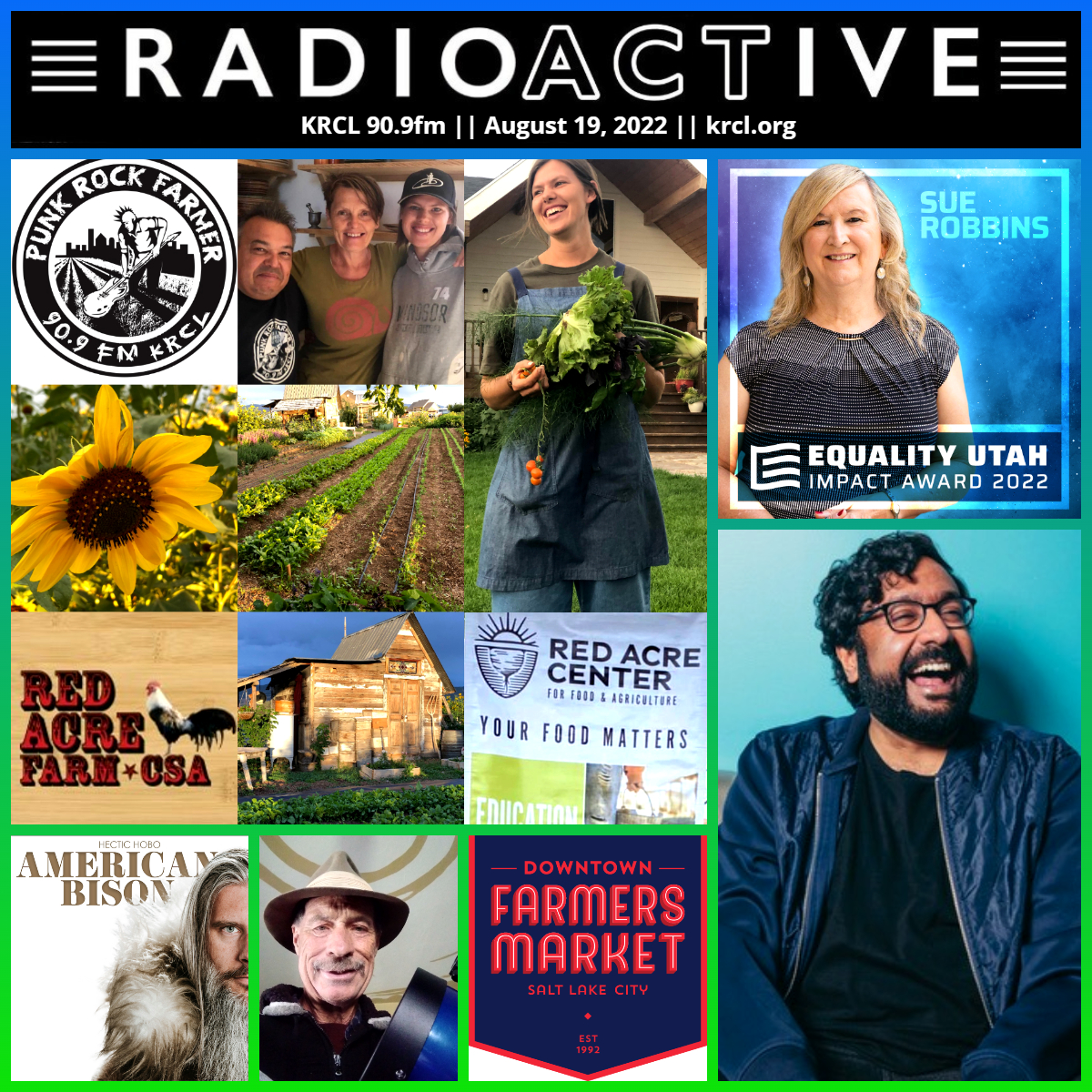 Tonight's show featured the following people, organizations, and/or events. Check them out and get plugged into your community!

Homegrown music from Utah's own Hectic Hobo, which dropped their new single "American Bison" this week. Full album is expected in the fall.

#ManyCulturesOneSky with SkyWatcher Leo T, a RadioACTive volunteer-contributor who shares his love for the night sky, cultural tales of the constellations during #PunkRockFarmerFridays.

Alison Einerson of the Downtown SLC Farmers Market. Look for KRCL broadcasting live from the market tomorrow at Pioneer Park, 350 W. 300 S., SLC. Aldine and Lara will be there, so stop on by and say hello while you're picking up your tomatoes, corn, and locally grown produce and meats!

Sue Robbins of Equality Utah's Transgender Advisory Council on this week's court win blocking H.B. 11, which would have barred transgender girl athletes from competing in scholastic sports. Plus, today is the anniversary of the Transgender Pride Flag, unveiled by activist Monica Helms during Phoenix Pride in 2000.

Homegrown music from The Zissous, who will play live during KRCL's 909 Day Block Party & Record Sale on Friday, Sept. 9th! It's a free neighbor fair and we want to see you here at KRCL. For more details, click here.

Guests' views, thoughts, or opinions are their own and do not necessarily reflect those of the board, staff, or members of Listeners' Community Radio of Utah, KRCL 90.9fm. Tonight's RadioACTive team included: