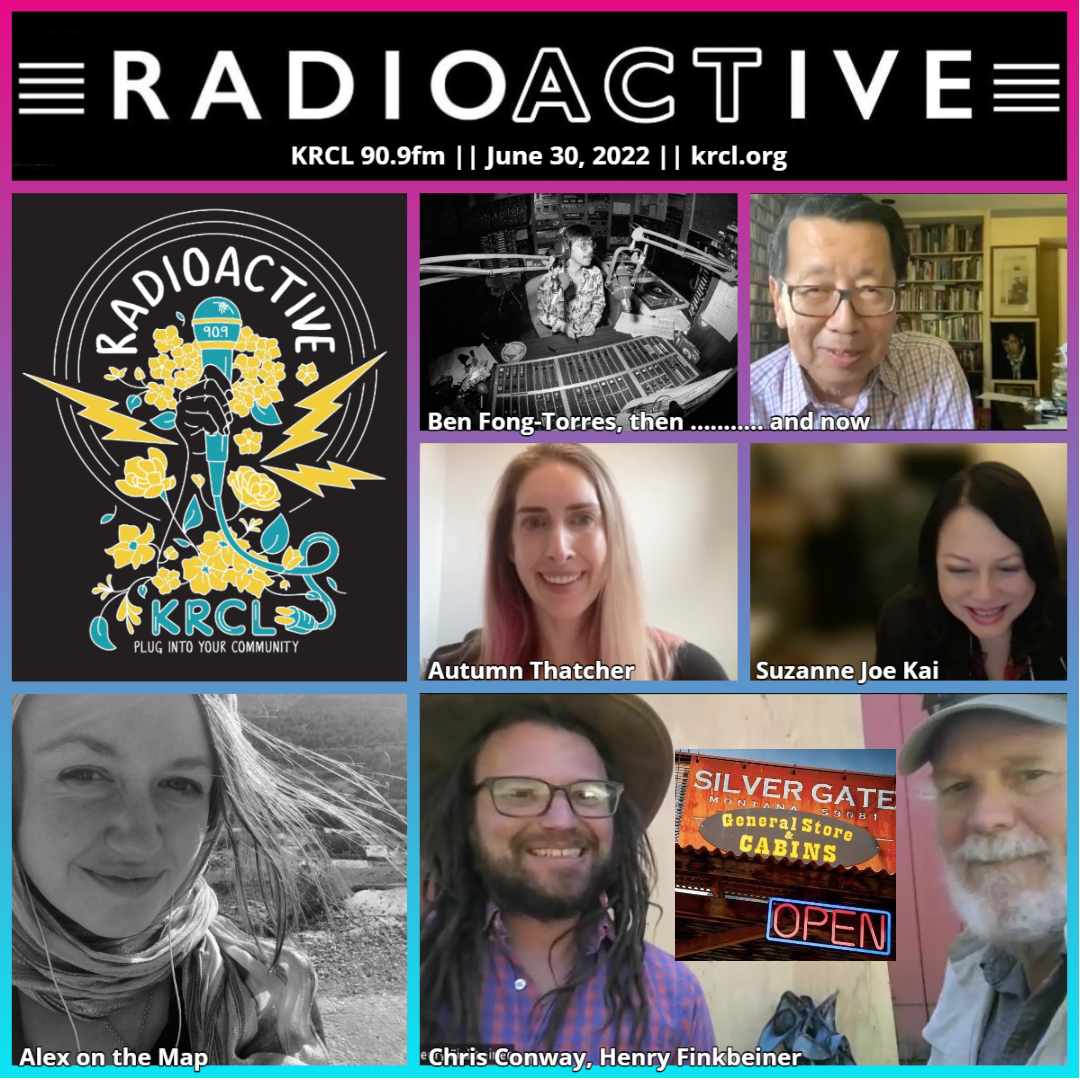 Get ready for the Fourth of July weekend with camping and movies. National parks guide Alex on the Map and Silver Gate Lodging in Yellowstone. Dino Don is in town to debut robotic dinosaurs at Thanksgiving Point. Plus, RadioACTive's Autumn Thatcher talks with iconic Rolling Stone editor and music writer Ben Fong-Torres, whose life story is told in a new Suzanne Joe Kai documentary now streaming on Netflix.

Tonight's show featured the following people, organizations, and/or events. Check them out and get plugged into your community!

“Dino Don,” one of Steven Speilberg’s personal dinosaur consultants during the filming of the original Jurassic Park. He is in town tomorrow night to showcase the robotic dinosaurs he designed for Thanksgiving Point’s Dinosaur Island experience in the Ashton Gardens, followed by a special screening of Jurassic Park there. For more details and tickets, click here.

Getting ready for a summer camping trip? RadioACTive checked in with a couple of guides and outfits providing services in our national parks, including Yellowstone where record flooding is taking its toll on the tourist economy. RadioACTive spoke with:

Autumn Thatcher, RadioACTive's entertainment correspondent, reviewed Like a Rolling Stone, the Life and Times of Ben Fong-Torres, including an interview with the legendary and first RS music editor.

Guests' views, thoughts, or opinions are their own and do not necessarily reflect those of the board, staff, or members of Listeners' Community Radio of Utah, KRCL 90.9fm. RadioACTive's Lara Jones produced and hosted tonight's show.