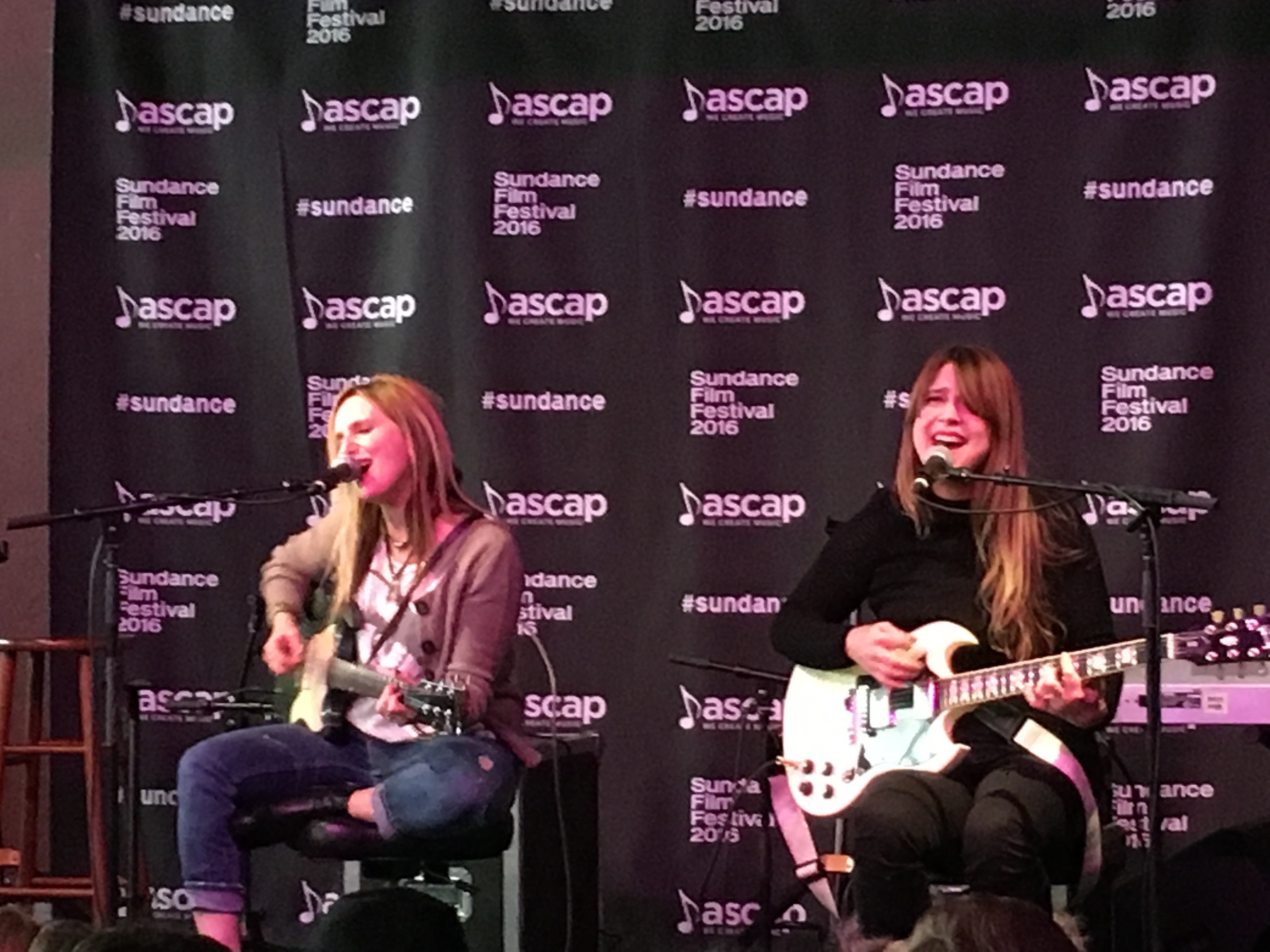 After a rough break up in 1998, rockers Nina Gordon and Louise Post made up and are back as Veruca Salt. They played an intimate show Wednesday at Sundance Film Festival's ASCAP Music Cafe. Opening the show with songs from their new album "Ghost Notes" they showed no sign of holding back, thier voices and guitar work as strong as on thier 1994 hit "Seether." Missing from the line up were drummer Jim Shapiro and bassist Steve Lack or as Louise called them, "Those loud boys." But she added, "We love them, but this is how we write songs, just the two of us together."

Check out the first single from the new album which they opened their Sundance set with: