Sundance Diaries: On the Red Carpet with The Go-Go's 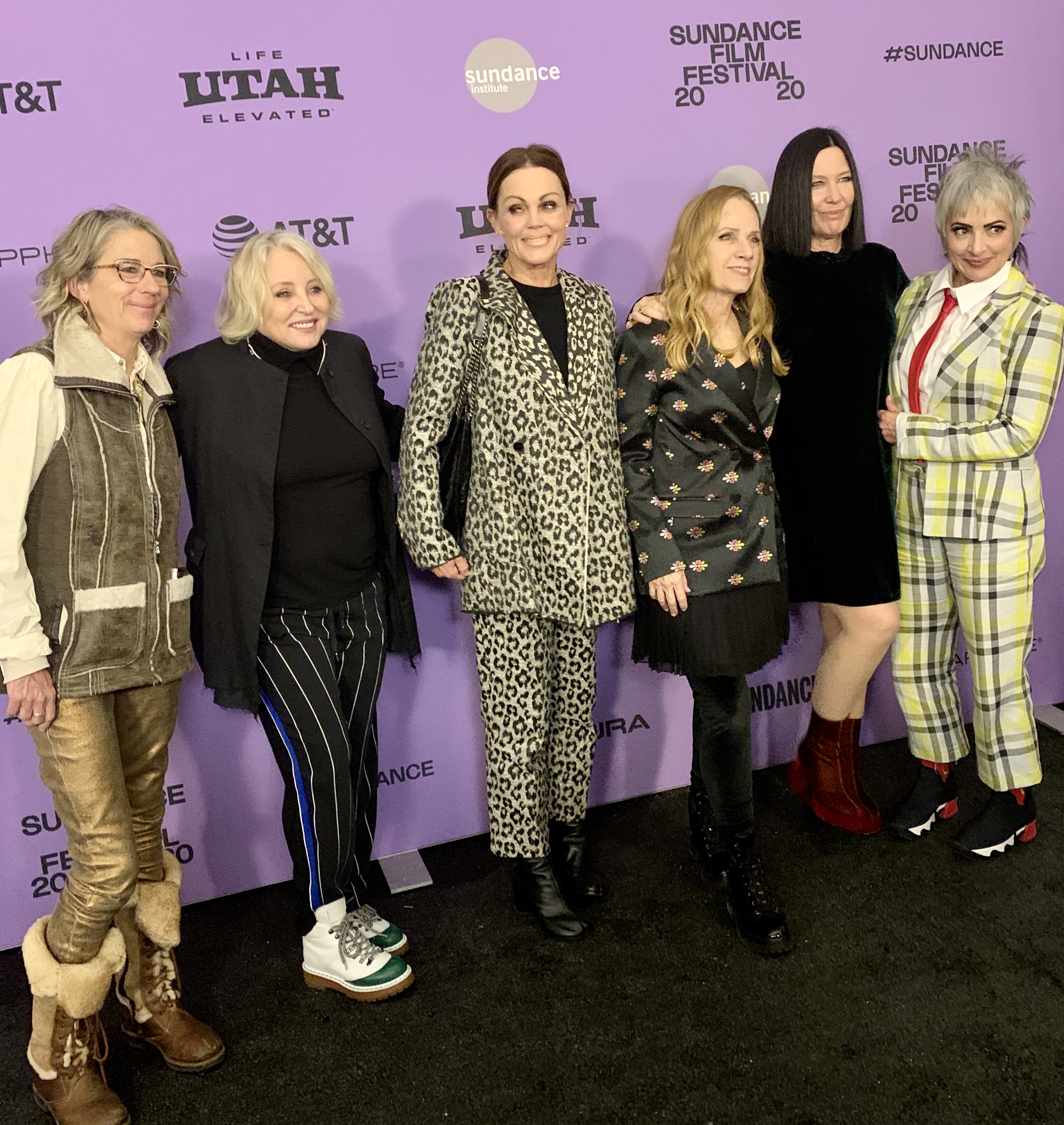 If there is one thing I took away from my brief time on the red carpet with the five bad-a$$ women of rock ’n roll, it's that The Go-Go's are punk-rock women who proudly claim their roots to be deeply embedded in the punk genre. Oh, and they should have been inducted into the Rock & Roll Hall of Fame by now. I mean, duh.

On the red carpet, I asked the band if anything surprised them about the film, and lead guitarist/keyboardist/vocalist Charlotte Caffey said she was surprised by not only how much she loved it, but by the emotions it elicited. "I had a very warm feeling. It wasn't nostalgic. Just more admiration and love for these women."

Drummer Gina Shock was surprised by how engaged she was. "I was worried that I was going to be bored because it's our story and we lived it. Who gives a sh*t. But then after watching it, I wanted it to keep going on and on and on. Alison and her team are great storytellers."

Shock is referring to director Alison Ellwood, who sort of accidentally became a music documentarian after her great success with the documentary "The History of the Eagles." The documentary caught the attention of lead vocalist Belinda Carlisle, who also loved Ellwood's 2017 documentary, "American Jihad." "The Eagles documentary was a great rock documentary, and I thought that's the kind of documentary that I would want," Carlisle said.

When asked what the band hoped viewers would take from the film, Shock said, "Everyone is going to take away different things, but we are just excited that we finally have a platform to show all about this band."

Guitarist/vocalist Jane Wiedlin was a bit more forthcoming. "We were a punk rock band. No one believes it; now we have the proof. We were the first and only female band that went to number one, wrote their own songs and played their own instruments. We want to inspire people, but I want to get credit for what we did."

"The Go-Go's" has already been picked up by Showtime. You can also see the film at various locations during the Sundance Film Festival.