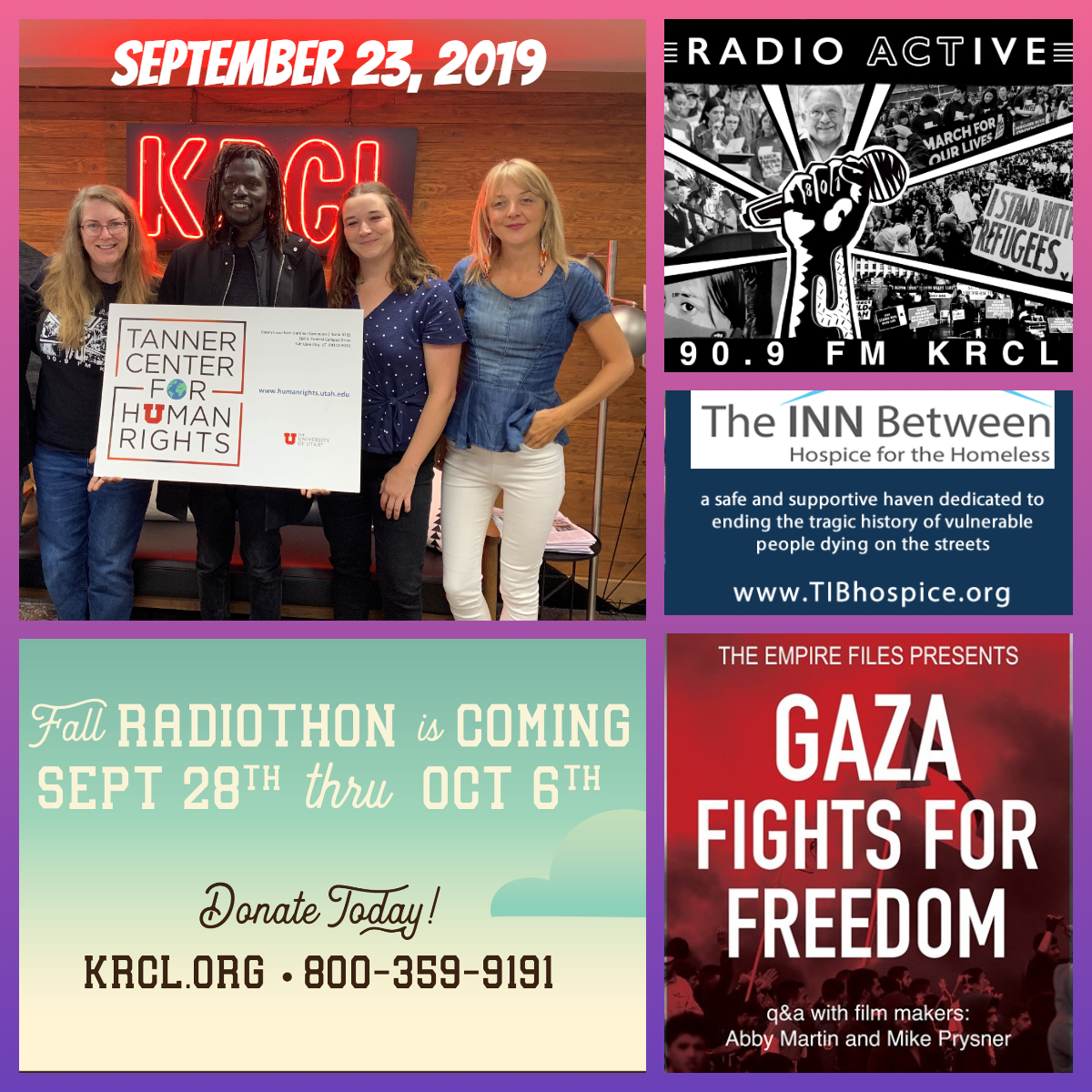 Kim Correa of The INN Between, which provides safe and supportive housing for individuals experiencing homelessness who are terminally ill or medically frail and have nowhere else to live.

Journalist Abby Martin on Gaza Fights For Freedom. It is her debut feature film, started while reporting in Palestine, where she was denied entry into Gaza by the Israeli government on the accusation she was a “propagandist.” So, Abby connected with a team of journalists in Gaza to produce the film through the blockaded border.

Recruited as a child soldier in war-torn Southern Sudan, Emmanuel Jal escaped his situation and unbelievable challenges to become a successful and acclaimed recording artist and peace ambassador. Jal is in town this week as a guest of the Utah Council for Citizen Diplomacy and its World Affairs Lecture Series and The Barbara & Norman Tanner Center for Human Rights.

Burlesque performer and activist Madazon Can-Can to wrap the show. For her Master's thesis she created a play called "Genit-HELL YEAH. Her work was named best outstanding solo show at this year’s Great Salt Lake Fringe Festival. But performing it has been dicey, given our local liquor and nudity laws.