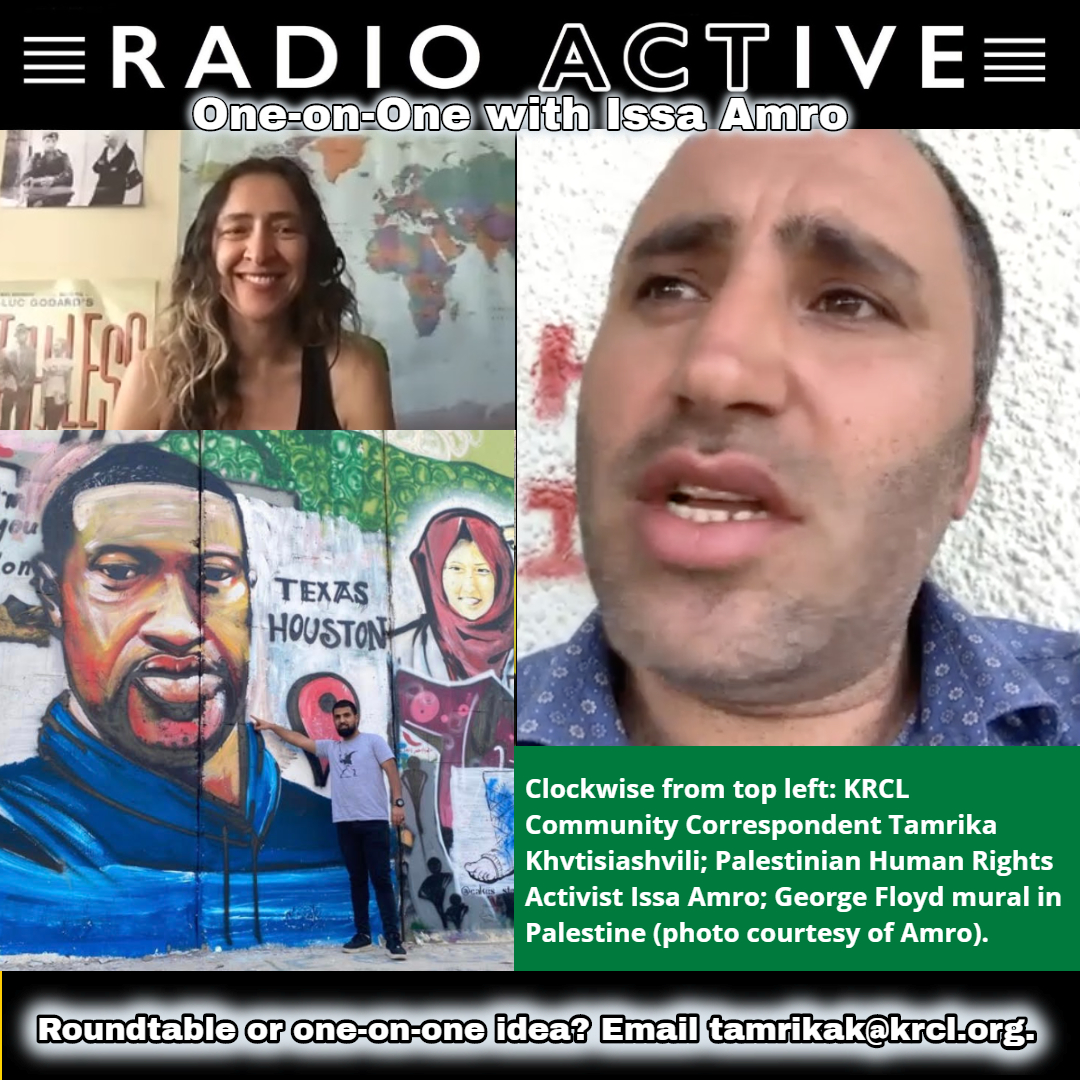 Seeking insight from nonviolent protester in another part of the world.

RadioActive · One - On - One With Issa Amro

Although arrested more times than he can count for non-violent human rights work, Amro continues to insist on peaceful resistance. In 2010, the United Nations High Commissioner for Human Rights declared him "human rights defender of the year in Palestine." At present, an Israeli military court has indicted him on no less than 18 charges, which a U.N. Special Rapporteur has decried as a campaign of harassment.

Originally aired on the June 2, 2020, edition of RadioACTive on KRCL 90.9fm in Salt Lake City, Utah.