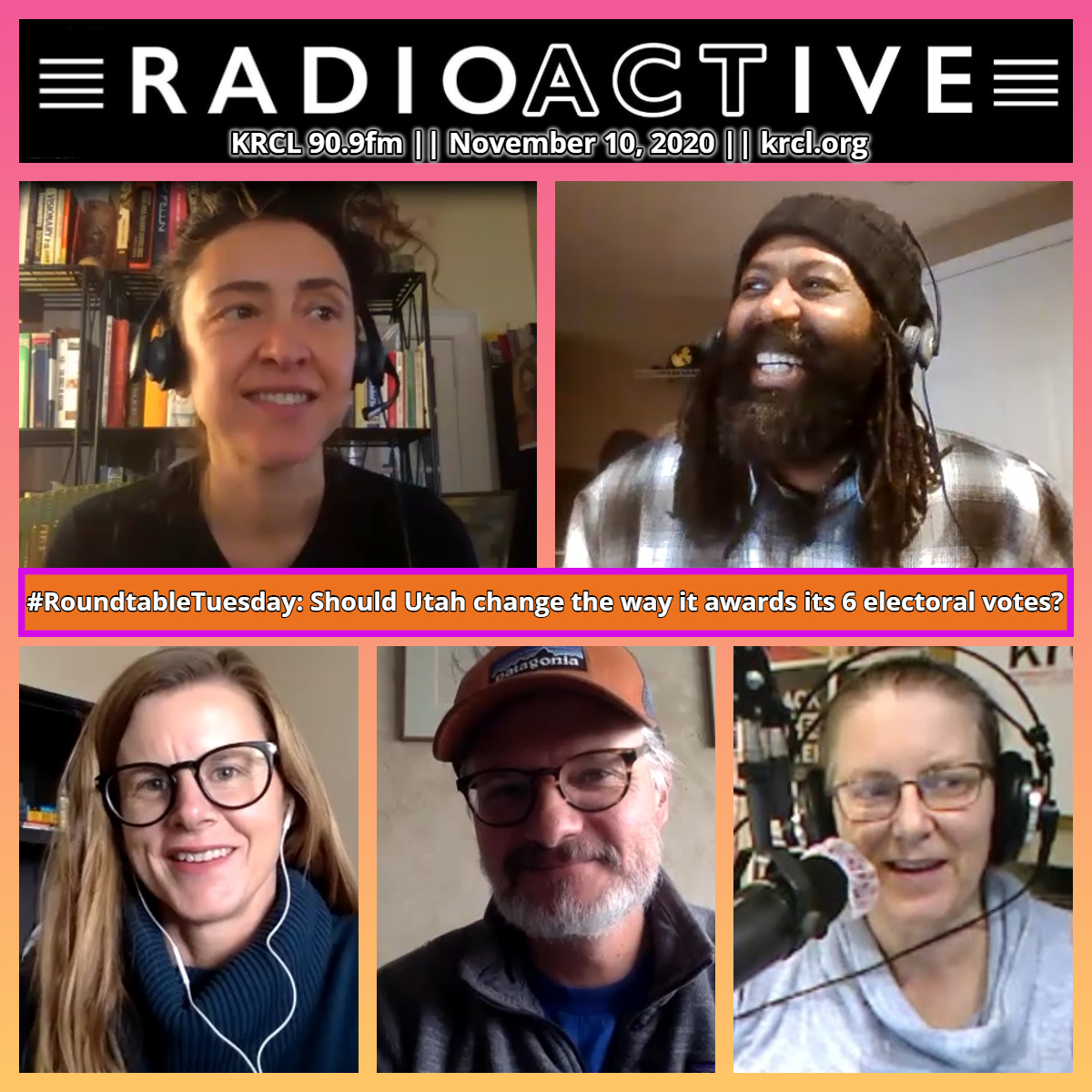 #RoundtableTuesday gets to the history and future of the Electoral College and whether Utah should change the way it allots its six votes Panelists: The Salt Lake Tribune’s Robert Gehrke and Hinckley Institute of Politics’ Morgan Lyon Cotti. Plus, BYU Poli-Sci Prof. Adam Brown’s history lesson and SLCPL’s #3QuickPicks.

Adam Brown, associate professor of political science at Brigham Young University; a faculty scholar with BYU's Center for the Study of Elections and Democracy; and the 2018-2021 Mollie and Karl Butler Young Scholar at the Redd Center for Western Studies. His research leverages differences among the American states to draw broader inferences about governance, while he teaches courses on state politics, public lands, Utah government and American politics generally. Brown is the author of two digital guides and one book on Utah politics, including:

#RoundtableTuesday's essential question: Nebraska and Maine do it. Should Utah? Tonight's panel talked about the Electoral College, whether Utah should change the way it awards its 6 votes, and other election reforms to better reflect the electorate. Panelists: