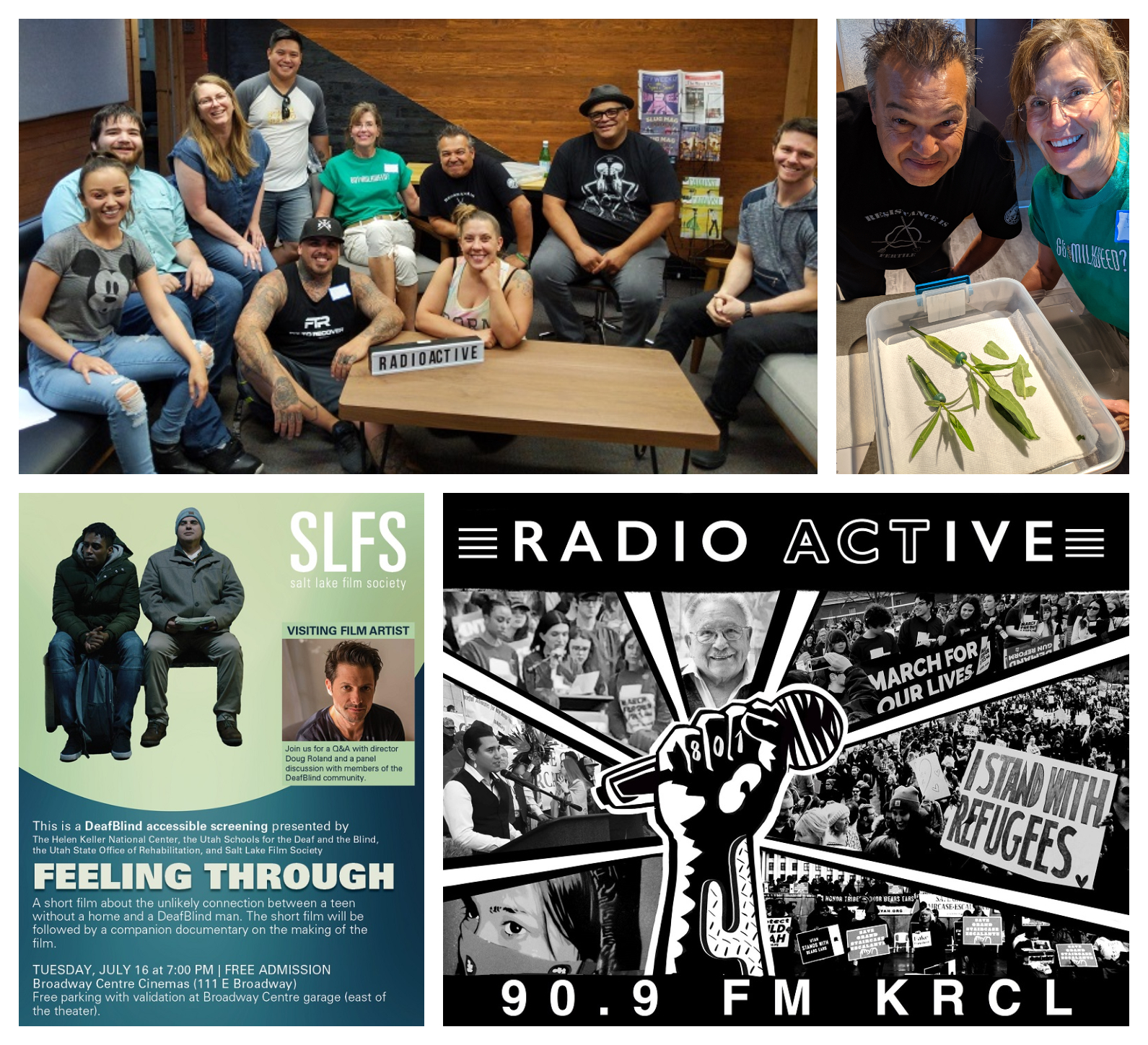 Setting the tone for tonight's Lights for Liberty: A Vigil to End Human Detention Camps with co-organizer Phelan Acheson. The event starts at 9:00 p.m. at 451 S. State St., SLC. Other Lights for Liberty vigils are being held tonight in Ephraim, Logan, Ogden and St. George, Utah, in solidarity with thousands of people gathering worldwide to protest the inhumane conditions faced by migrants.

Filmmaker Doug Roland, who will be in SLC for a free screening of Feeling Through, the first-ever film to feature a DeafBlind actor in a lead role. Roland based the film on his own encounter with a DeafBlind man in New York City almost eight years ago.