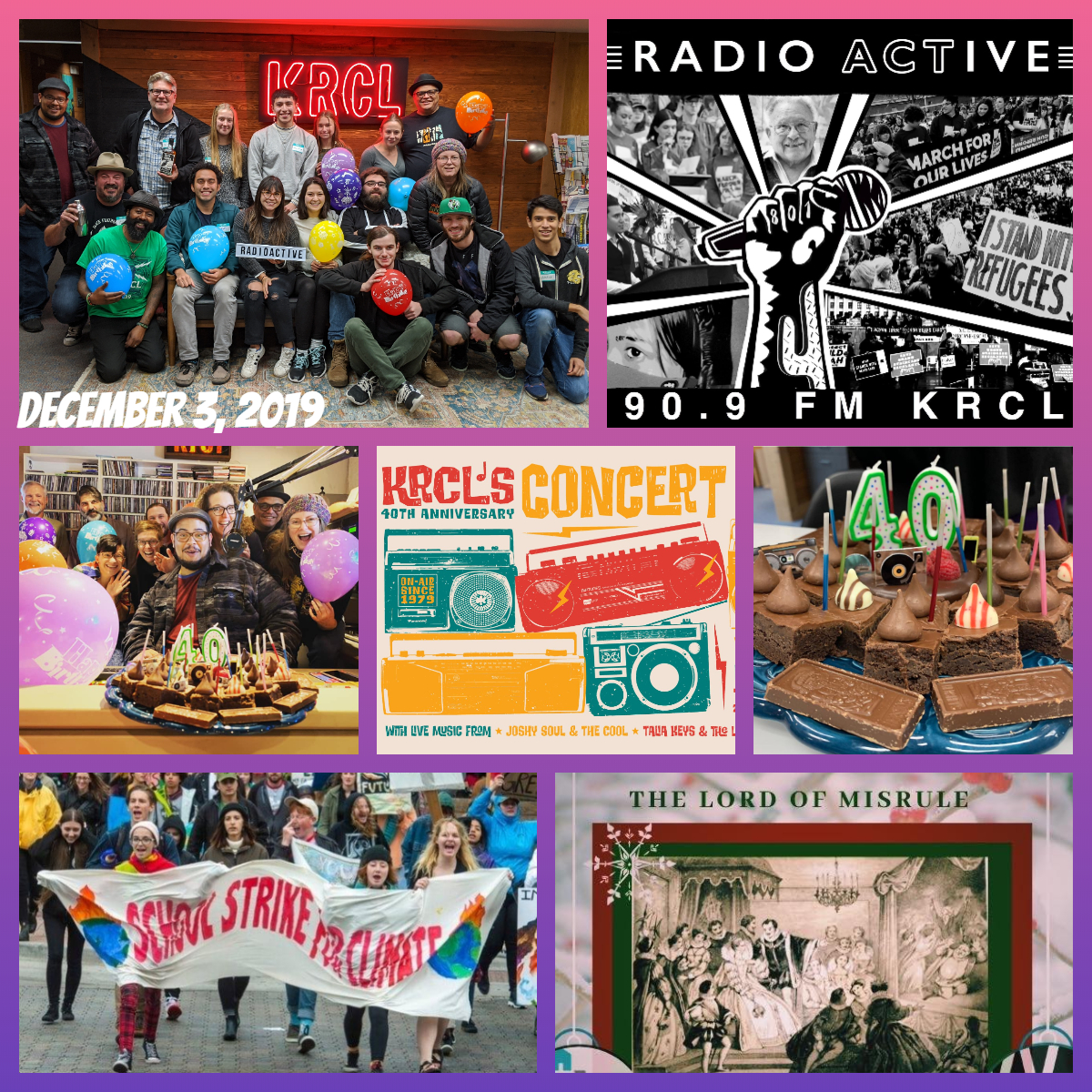 KRCL turns 40 with a toast from Blackfeather Whiskey, KRCL history with Stephen Holbrook and Donna Land Maldonado, RadioACTive spotlight on folks getting into some good trouble, including Utah Coalition to #KeepFamiliesTogether, The Lord of Misrule, and Utah youth leading the Global Climate Strike Friday at the Utah State Capitol

We dropped some clips from KRCL Founding Father Stephen Holbrook and Donna Land Maldonado, KRCL’s longest-serving general manager. She was originally hired to create programming by and for the Native American community.

Francisco Mesa and Kristin Knippenberg gave an update on the work of Utah Coalition to #KeepFamiliesTogether, which is actively opposing plans for a new immigration prison just 90 miles NE of Salt Lake City in Evanston, Wyoming.

A sneak peek at The Lord of Misrule, an original, devised, immersive, irreverent holiday piece conceived and directed by RJ Walker. Along with Walker, RadioACTive got a preview with actor/collaborators Patrick Smith and Comet Higley.

Coinciding with global actions this Friday, Utah youth activists will host a Climate Strike from 2:00-4:00 p.m. on the south steps of the Utah State Capitol. RadioACTive got a preview, featuring: