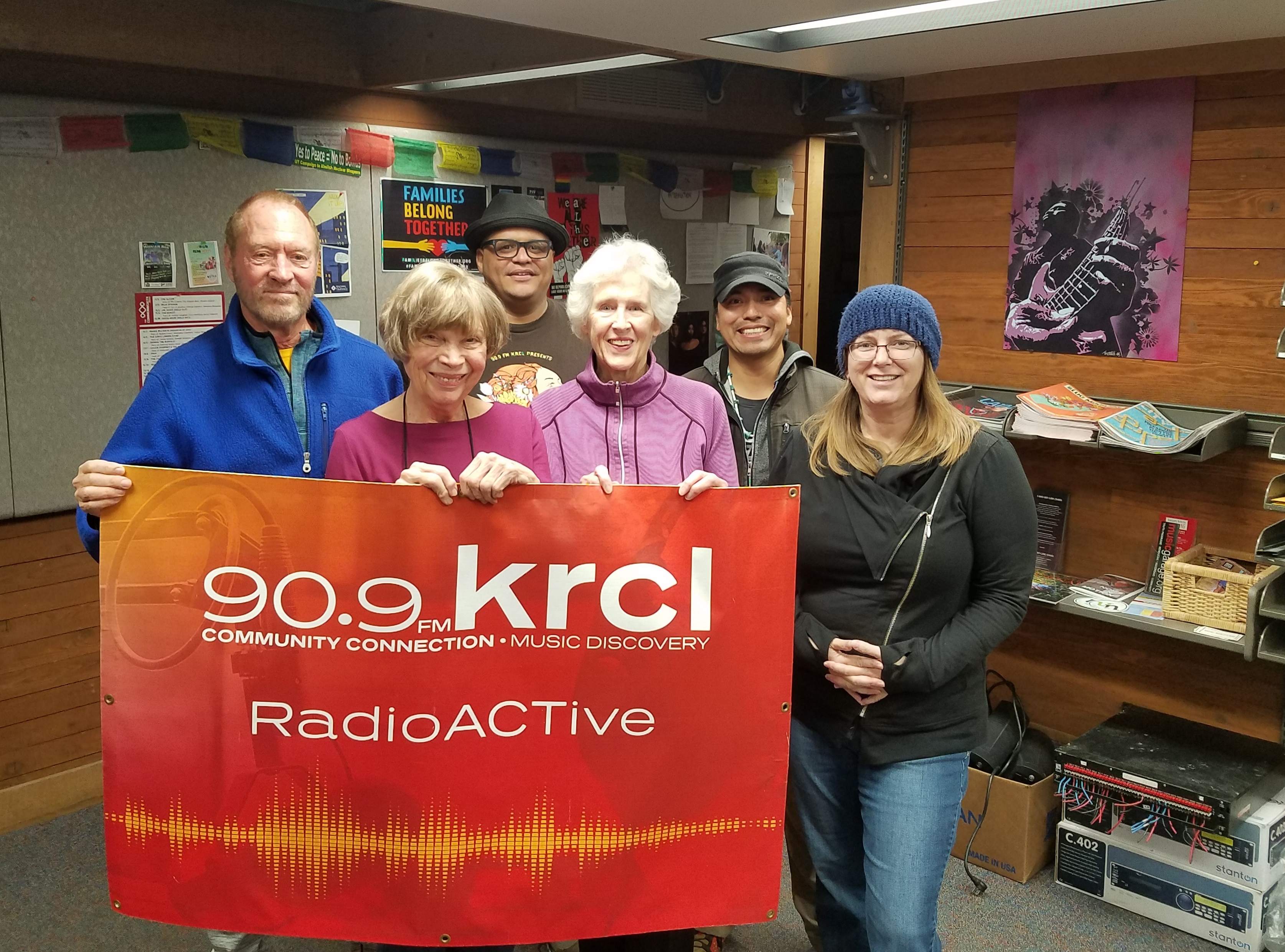 KRCL Founding Father Stephen Holbrook stopped by to celebrate 39 years of Listeners’ Community Radio of Utah. Did you know Gene Autry, the Singing Cowboy, donated startup funds? Holbrook had some great stories to share, so click that button above and take a listen!

Filmmaker Brandon Deyette on the Latter-Day Glory: Documentary, which follows two gay ex-Mormons as they explore their past and discuss the growing number of LGBT Mormon suicides. Deyette, along with subjects Jonathon Levi Powell, Terry Blas, Jim Dabakis and others, will be in SLC for a sold-out screening later this week.

Last December President Trump visited Utah and slashed protections for 2 million acres at Bears Ears and Grand Staircase-Escalante national monuments. Tomorrow, Utah Diné Bikéyah, Utah Chapter Sierra Club and Southern Utah Wilderness Alliance mark the occasion with films, presentations and panels. Angelo Baca, UDB’s cultural resources coordinator and one of the featured filmmakers, talked with us about the event, which runs from 3:00-8:00 p.m. at the University of Utah's Union Theatre, 260 Central Campus Dr., SLC. FREE and open to the public.

Standing Up for Utah’s Needs 2018 with Dixie Huefner and Cheryll May of the Utah Citizens’ Counsel. The UCC is an independent, non-partisan group of senior community advocates dedicated to improving public policy on complex issues through dialogue, creative problem solving, and consensus building.