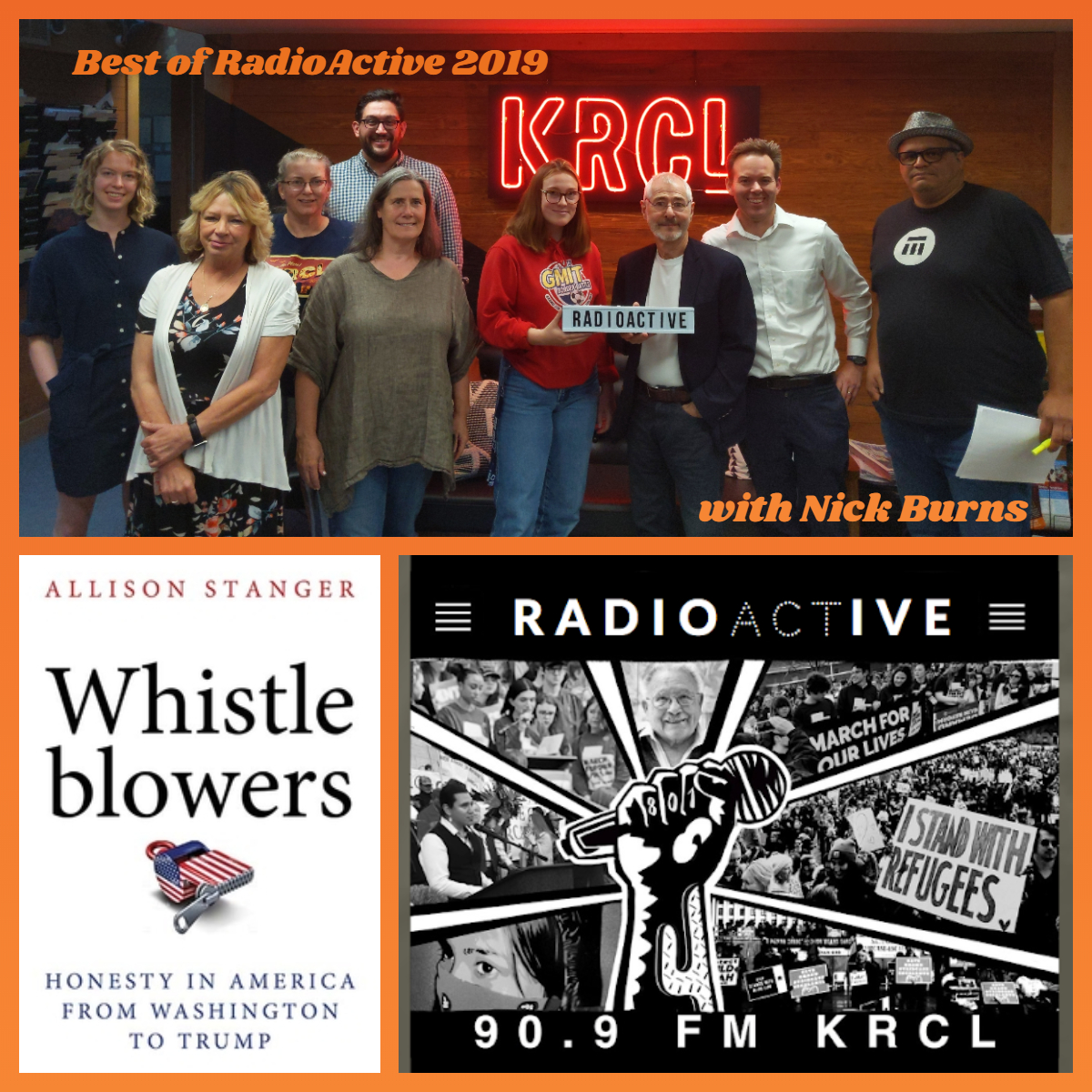 Best of RadioACTive with Community Co-Host Nick Burns, featuring an interview with author Dr. Allison Stanger: Whistleblowers - Honesty in America from Washington to Trump, Reporters from Inside Climate News and Deseret News. Plus, #GretaBacklash

Tis the season for the best of RadioACTive, featuring Community Co-Host Nick Burns, who started the show by sharing his thoughts on his 16 years as a RadioACTive host.

Perfect timing for today: A conversation with Dr. Allison Stanger, author of Whistleblowers - Honesty in America from Washington to Trump, released just two days ago by Yale Press.

Glenn Jakins, CEO and founder of Lindon-based Humless, which is exhibiting at Solar Power International 2019 in SLC this week. Coinciding with the tradeshow, the company introduced The Humless Universal, which it says “is the solar power industry’s first Energy Storage System (ESS) that intelligently manages the flow of electricity from any source for any use.

Chase Thomas of Alliance for a Better Utah responded to #GretaBacklash after the young climate activist spoke at the Global Climate Strike and the U.N. Climate Action Summit.

Utah Rivers Council’s Zachary Frankel on the announcement earlier today that the state of Utah withdrew its application for the Lake Powell Pipeline from the Federal Energy Regulatory Commission. The state now will attempt to get the project permitted by the U.S. Department of the Interior.