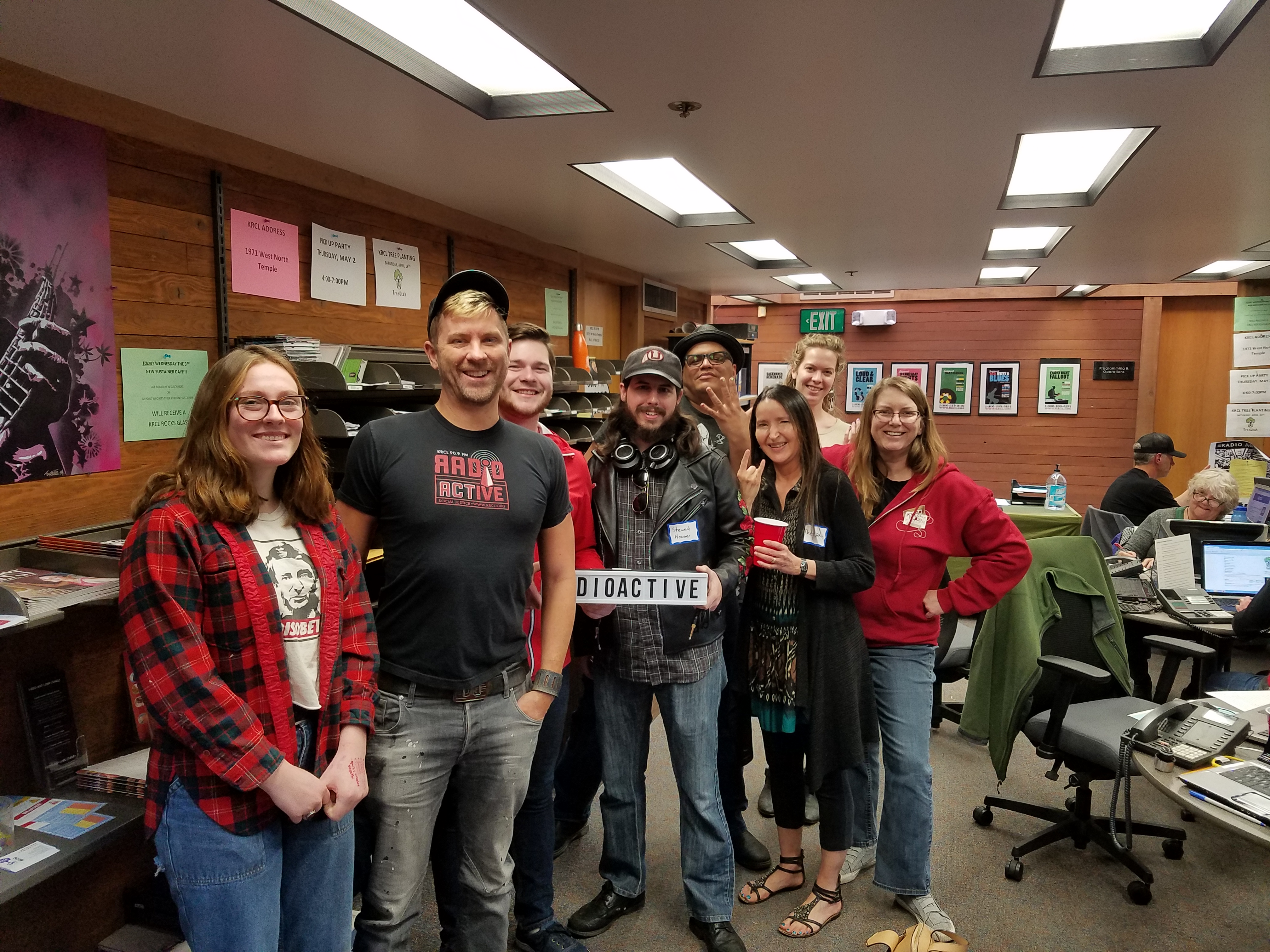 Thanks to everybody who called in during the show and helped us meet challenge grants from Red Iguana and Bob Kihm.

Another big thank you to Prof. Theresa Martinez and Stewart House and Wyatt Gilles, students in her spring class SOC 3041-001 SOCIOLOGY OF ROCK AND ROLL at the University of Utah.

A RadioACTive Extra with David Litvack: On April 2nd, legislators, religious leaders, activists and community members alike gathered in the rotunda at the Utah State Capitol to watch Governor Gary Herbert sign SB 103 Victim Targeting Penalty Enhancements into law. Among the many was David Litvack who, while serving as House Representative District 26, co-sponsored some the first hate crimes bills in Utah starting in 2000. RadioACTive's Billy Palmer caught up to Litvack at his office to get his thoughts on the day. Litvack now serves as the Deputy Chief of Staff at the Salt Lake City Mayor's Office. Use the media player below to listen to the complete interview.

Show your support for RadioACTive by picking up the new t-shirt:

We'll be back at 6 p.m. Thursday night with community co-host Billy Palmer, as well as a new playlist from Billy, Theresa Martinez (the professor of rock 'n roll) and her students. Call 800-359-9191 to make your contribution, or click here during the show. Either way, thank you for your support.