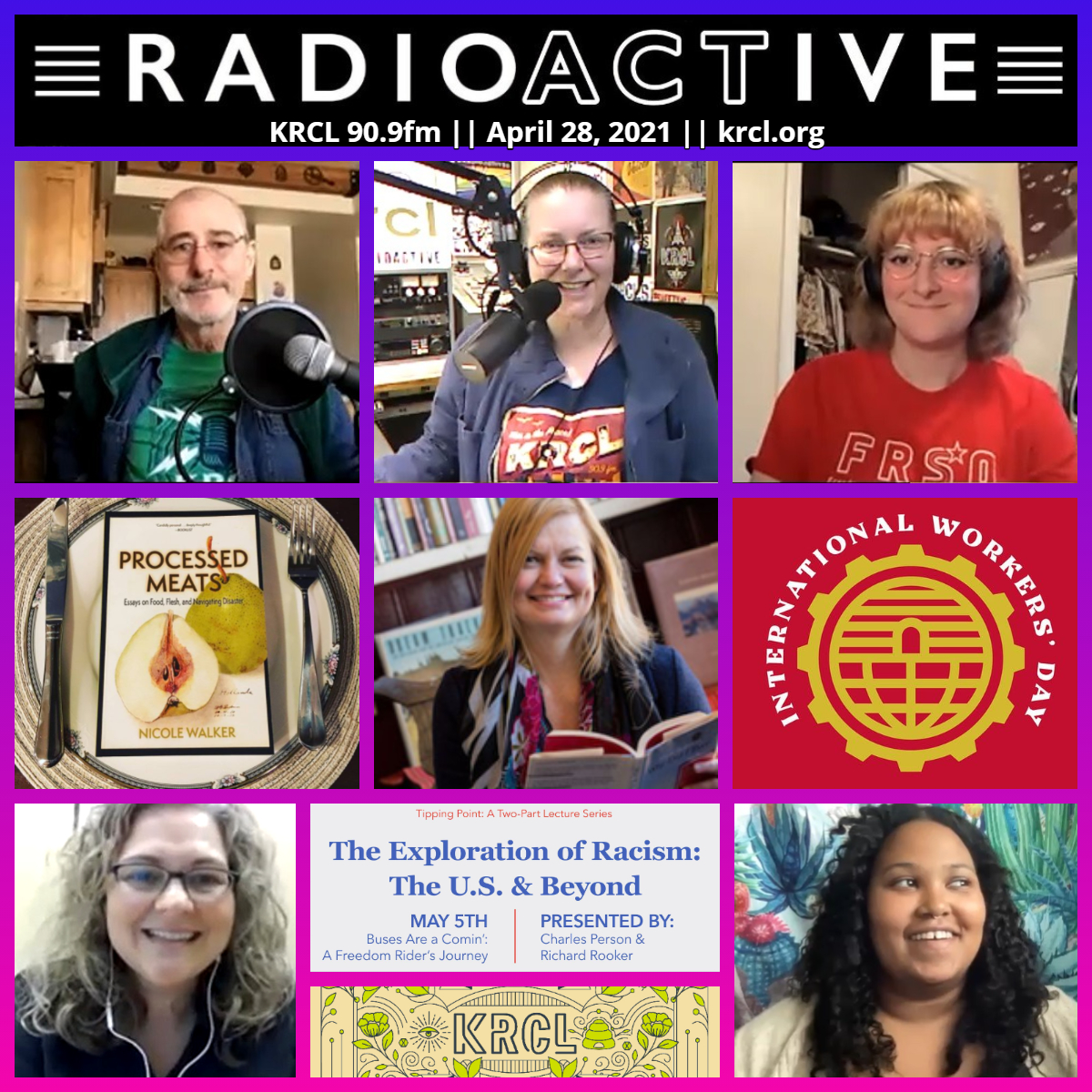 #TheNickBurnsReport, featuring Nicole Walker, author of Processed Meats: Essays on Food, Flesh and Navigating Disaster. Plus, #PoetryStillHappens with Ashley Finley, a May Day call to 'Make the Rich Pay', Tipping Point with UCCD, and a dip into the RA archives to celebrate Nomadland's wins at the Academy Awards.

Felecia Maxfield-Barrett of the Utah Council for Citizen Diplomacy with a heads-up for the nonprofit's Tipping Point series next week. It's free and virtual. Click here to reserve a seat and get the Zoom link.

Saturday is International Workers Day, aka May Day. Darcy Chortkoff, an organizer with Freedom Road Socialist Organization - SLC, talked about the organization’s plans to celebrate the day.

#TheNickBurnsReport, where Community Co-Host Nick Burns talks with authors and newsmakers of the day. Tonight’s special guest: Nicole Walker, author of Processed Meats: Essays on Food, Flesh and Navigating Disaster. It’s a book of braided essays that reflects on changes in the meat-producing industry and ponders human behavior about food while sharing some of Walker's family recipes.