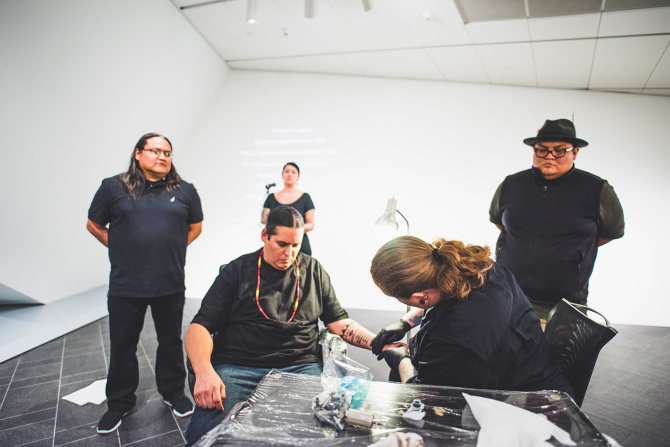 We first met Gregg Deal, an Art Activist on Native American Issues, on a previously aired RadioActive:  KRCL | RadioActive: January 9, 2018  In that conversation Deal caught our attention when he talked about the issue of Blood Quantum. He returned to KRCL to record a conversation about his art performance Indian Pedigree. He was joined by his sister Bobby Deal.

Indigenous People are the only ethnic group in the US that must be quantified by fractions of identied blood lines informed by a system created by the Federal Government.

Blood Quantum is used to verify bloodlines in Indigenous people, and is ultimately used to determine enrollment to specific Indigenous communities. The numbers that make up ones Blood Quantum is submitted as an official record to the Bureau of Indian Affairs, a branch of the Departmen of the Interior.

Have you ever asked what can I, a white person do about racism and how can I talk about race?
Dr. David Campt has an answer for you in his new book, The White Ally Tool Kit Workbook.
Dr. Campt is traveling throughout the country teaching workshops on how to become a better White Ally and stopped over in Salt Lake City on April 14th.

From a conversation recorded earlier this month, we get a taste of The  White Ally Toolkit Training with Dr. David Campt, and  Showing Up for Racial Justice - SURJ, SLC