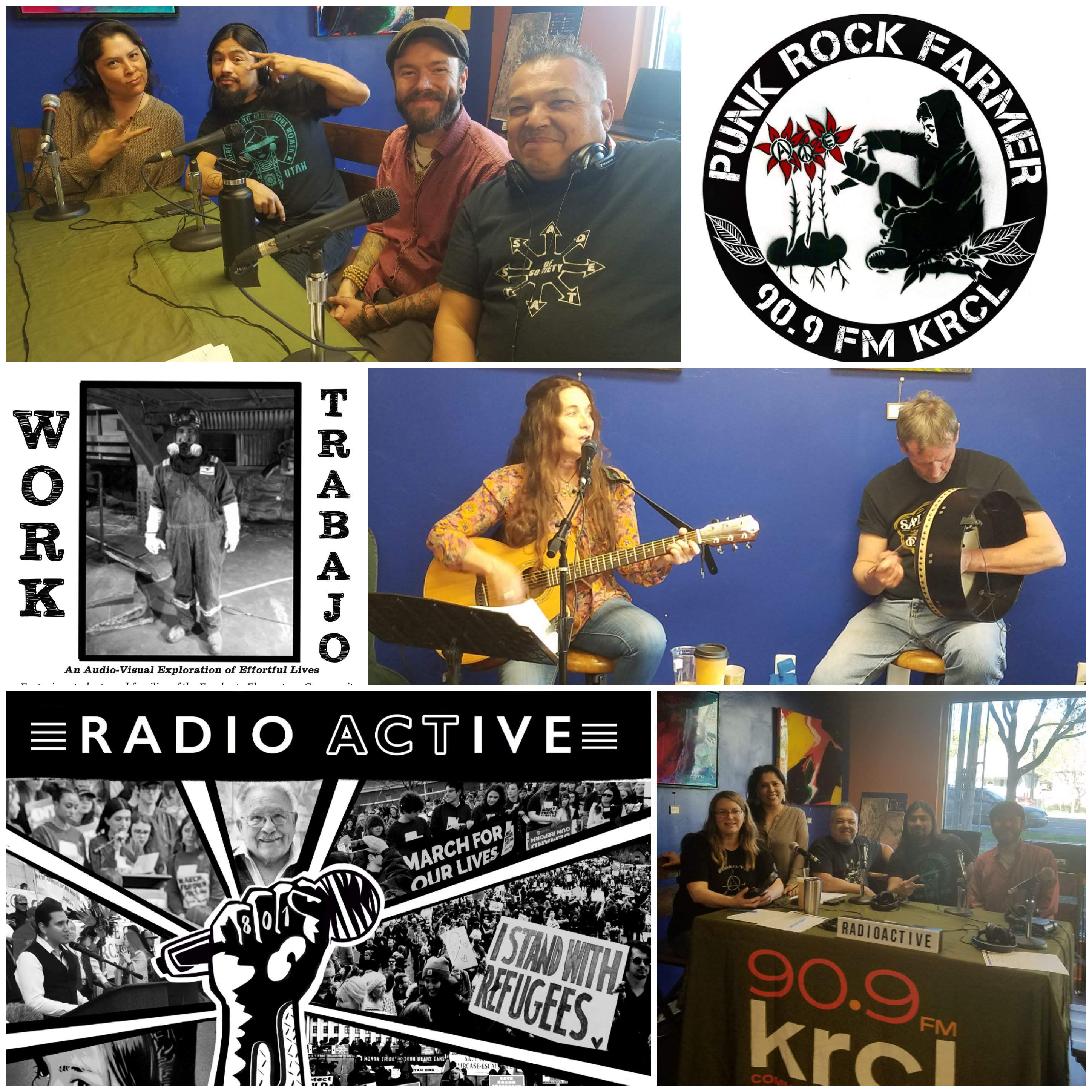 Live music with Kate MacLeod, who was backed up by drummer Bob Smith on the bodhran. MacLeod will be facilitating and teaching a songwriting workshop with Christine Lavin during the Utah Arts Festival in June. Click here to sign up.

Megan Hallett of Framework Arts, the arts educator behind Work - An Audio-Visual Exploration of Effortful Lives on display in the Art Gallery of Mestizo Coffeehouse, 631 W. North Temple, SLC, through May. Escalante Elementary student Mendrita talked about the photographs she took of her family at work.

#UrbanFarmReport, featuring Sean Petersen of The Green Urban Lunch Box, which seeks apprentices for the expansion of its Back-Farms program.