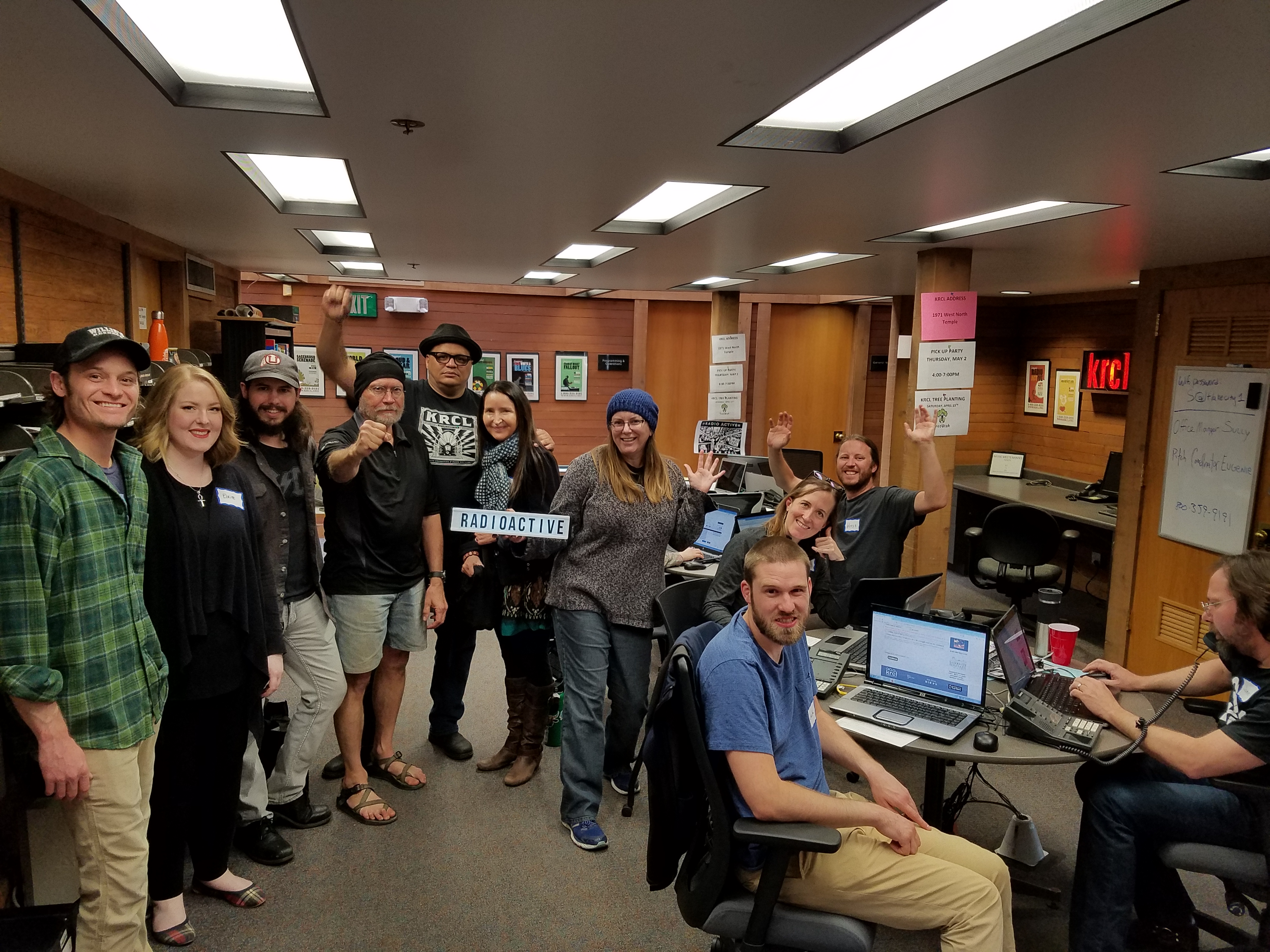 Day 1 of Spring Radiothon for RadioACTive, featuring the sociology of rock 'n roll and a new RadioACTive t-shirt

Thanks to everybody who called in during the show, we exceeded our goal for Monday night with Dr. David Derezotes of #TheRadicalMiddle.

A big thank you to Prof. Theresa Martinez and Elaine Sutter and Stewart Hauser, two students in her spring class SOC 3041-001 SOCIOLOGY OF ROCK AND ROLL at the University of Utah.

Show your support for RadioACTive by picking up the new t-shirt during the show:

We'll be back at 6 p.m. Tuesday night with community co-host Ma Black, as well as a new playlist from the professor of rock 'n roll and her students. Call 800-359-9191 to make your contribution, or click here during the show. Either way, thank you for your support.