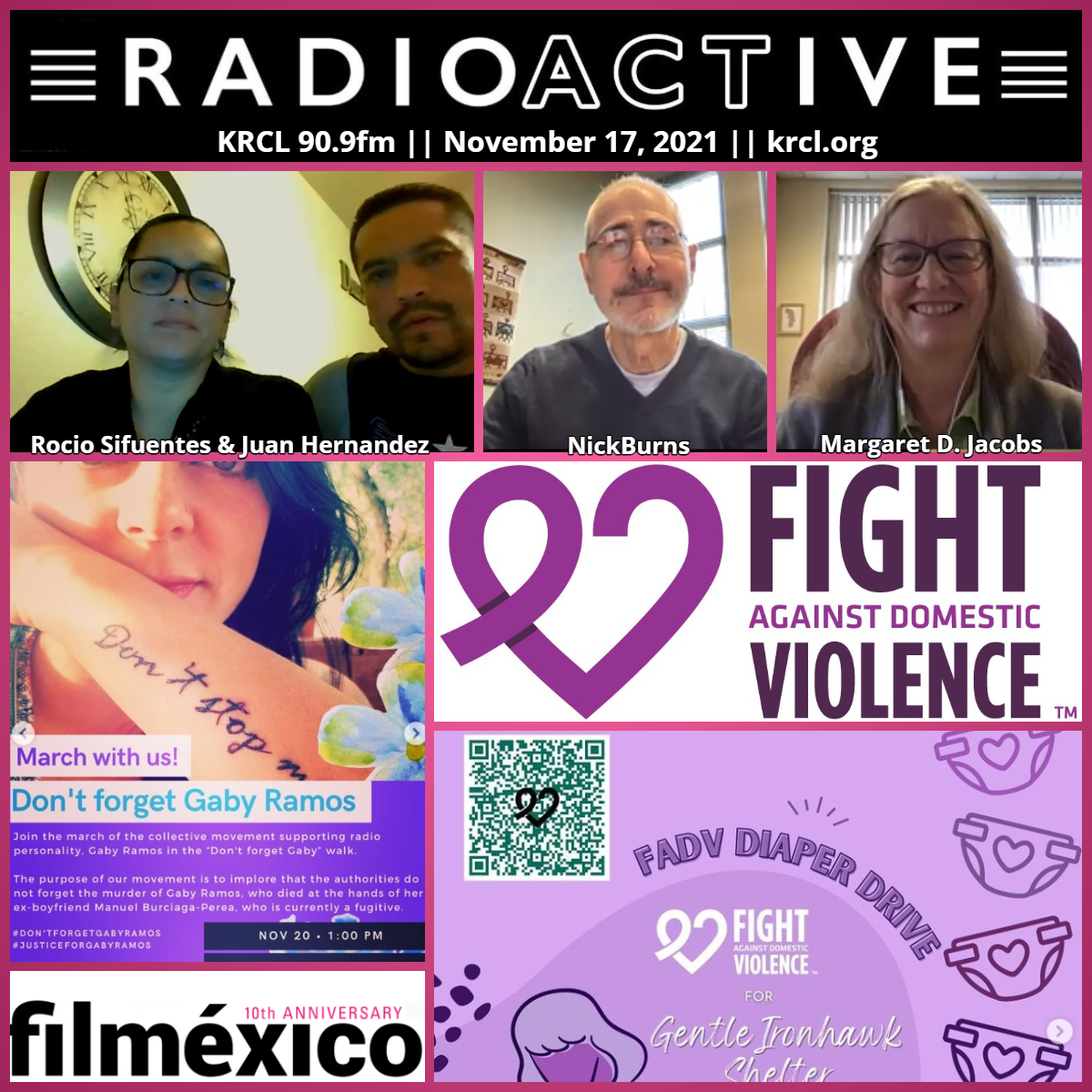 Community Co-Host Nick Burns talks with Margaret D. Jacobs, author of After One Hundred Winters: In Search of Reconciliation on America's Stolen Lands. Plus, FILMEXICO 2021, Don't Forget Gaby Ramos Walk, Fight Against Domestic Violence and a call for support of the Gentle Ironhawk Shelter in Blanding.

Rocio Sifuentes and Juan Hernandez on a walk to remember Rocio's sister, the late-Gaby Ramos, who lost her life in a domestic homicide last month.

Community Co-Host Nick Burns spoke with author Margaret D. Jacobs, professor of history and director of the Center for Great Plains Studies at the University of Nebraska–Lincoln. In her new book, After One Hundred Winters: In Search of Reconciliation on America's Stolen Lands (Princeton University Press, October 2021), Jacobs traces the brutal legacy of systemic racial injustice to Indigenous people that has endured since the nation’s founding. Explaining how early attempts at reconciliation succeeded only in robbing tribal nations of their land and forcing their children into abusive boarding schools, Jacobs shows that true reconciliation must emerge through sustained relationships between Indigenous and non-Indigenous people that are rooted in specific places and histories

Views, thoughts or opinions shared by guests are their own and do not necessarily reflect those of the board, staff or members of Listeners' Community Radio of Utah, KRCL 90.9fm. Tonight's show was produced and hosted by Lara Jones and Nick Burns.