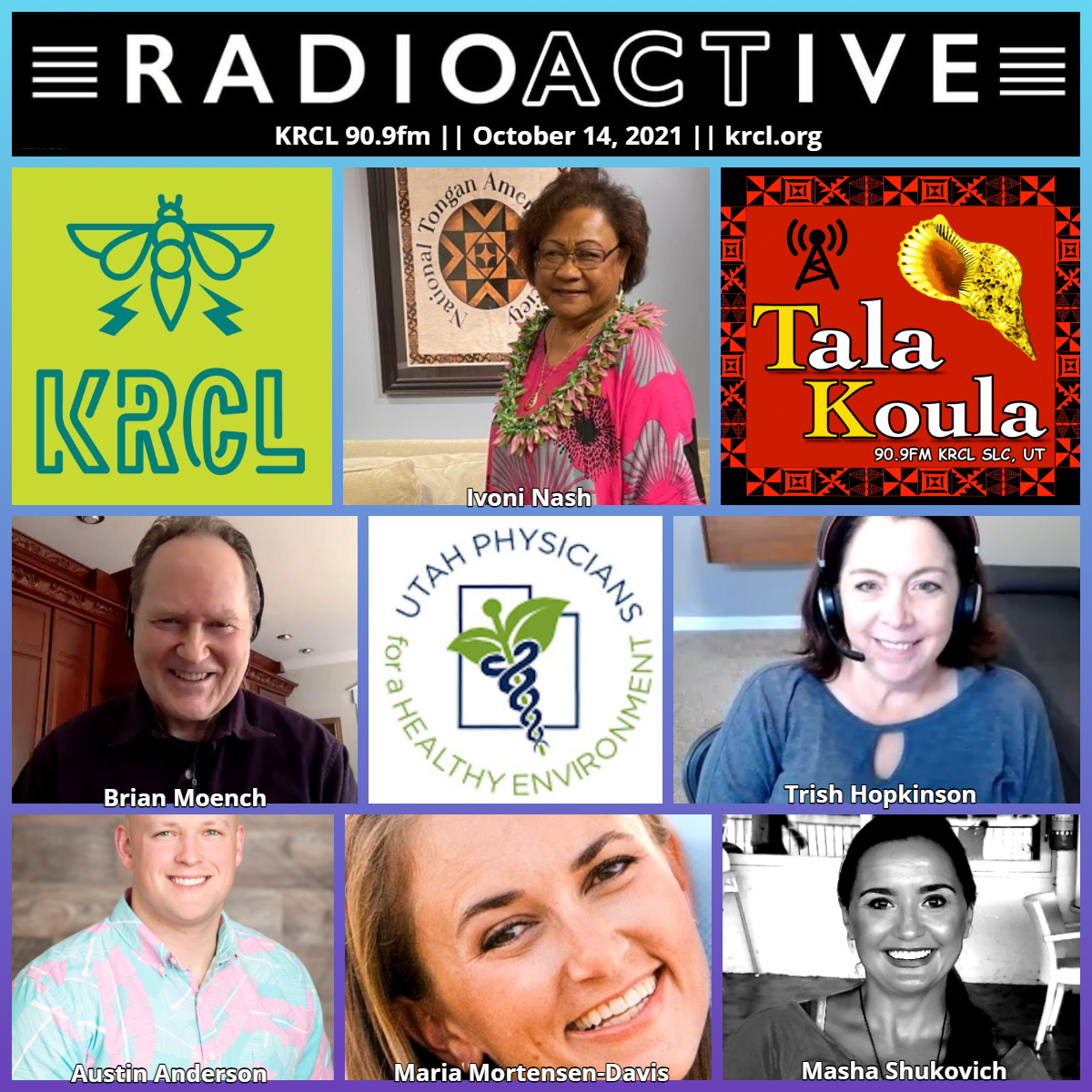 Dr. Brian Moench of Utah Physicians for a Healthy Environment, which wants SLC to adopt a two-year moratorium on mosquito pesticide spraying — including any tax hike requested by the Salt Lake City Mosquito Abatement District during that period. Said Moench: "It makes no sense to expose hundreds of thousands of people to neurotoxic chemicals in a vain attempt to prevent a different neurotoxic disease in a few dozen people." To learn more, click here.

#PoetryStillHappens: Trish Hopkinson of Rock Canyon Poets was back with three select poems from the forthcoming RadioACTive chapbook, Poems of Summer. Our thanks to tonight's featured poets: Austin Anderson, Maria Mortensen-Davis and Masha Shukovich. We're working on the chapbook and hope to have it out by the end of the year!

Meet the DJ: Ivoni Mālohifo'ou Nash, host of Tala Koula, Sunday nights from 10 to midnight on KRCL: Stream the archived show to find out more about one of KRCL’s longest-running shows and veteran DJs, including Ivoni’s surprising dream job. Here are a few highlights: