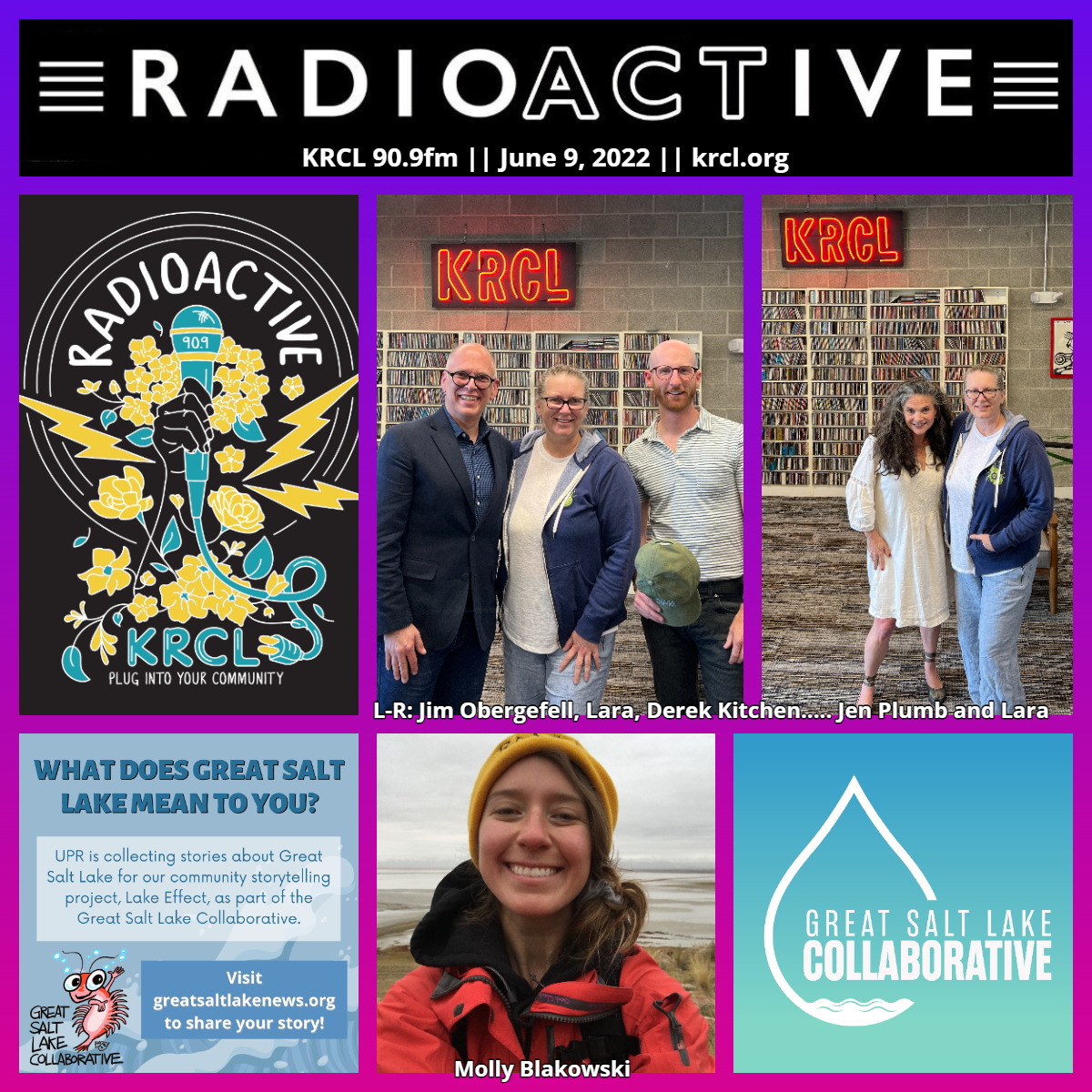 RadioACTive's Lara Jones talks politics with Derek Kitchen and Jen Plumb, both of whom want to be the Democratic nominee for UT Senate District 9. Without a Republican challenger in the general election, the June 28th primary likely will determine the next senator from D9. Plus, what does the Great Salt Lake mean to you? Lake Effect, a UPR podcast, gets an answer from Molly Blakowski, a PhD student at Utah State University's Department of Watershed Sciences.

The debut of Lake Effect, a podcast from Utah Public Radio that asks the question, "What does the Great Salt Lake mean to You?" Tonight, Molly Blakowski, a PhD student at Utah State University's Department of Watershed Sciences. Want to share your take on the Great Salt Lake? Click here to get in touch with Lake Effect from UPR.

Ballots for Utah's June 28 primary started arriving in mail boxes this week. Tonight, RadioACTive spoke with the Democratic candidates for the state senate in District 9, Derek Kitchen (who brought a special guest, Jim Obergefell) and Jen Plumb. In Utah, a super red state, we’re used to seeing races where the Republican primary decides a district’s fate. But in this district, there are no Republican candidates, so the Democratic primary winner will, in all likelihood, represent District 9.

Guests' views, thoughts or opinions shared by guests are their own and do not necessarily reflect those of the board, staff or members of Listeners' Community Radio of Utah, KRCL 90.9fm. RadioACTive Executive Producer Lara Jones hosted tonight's show.