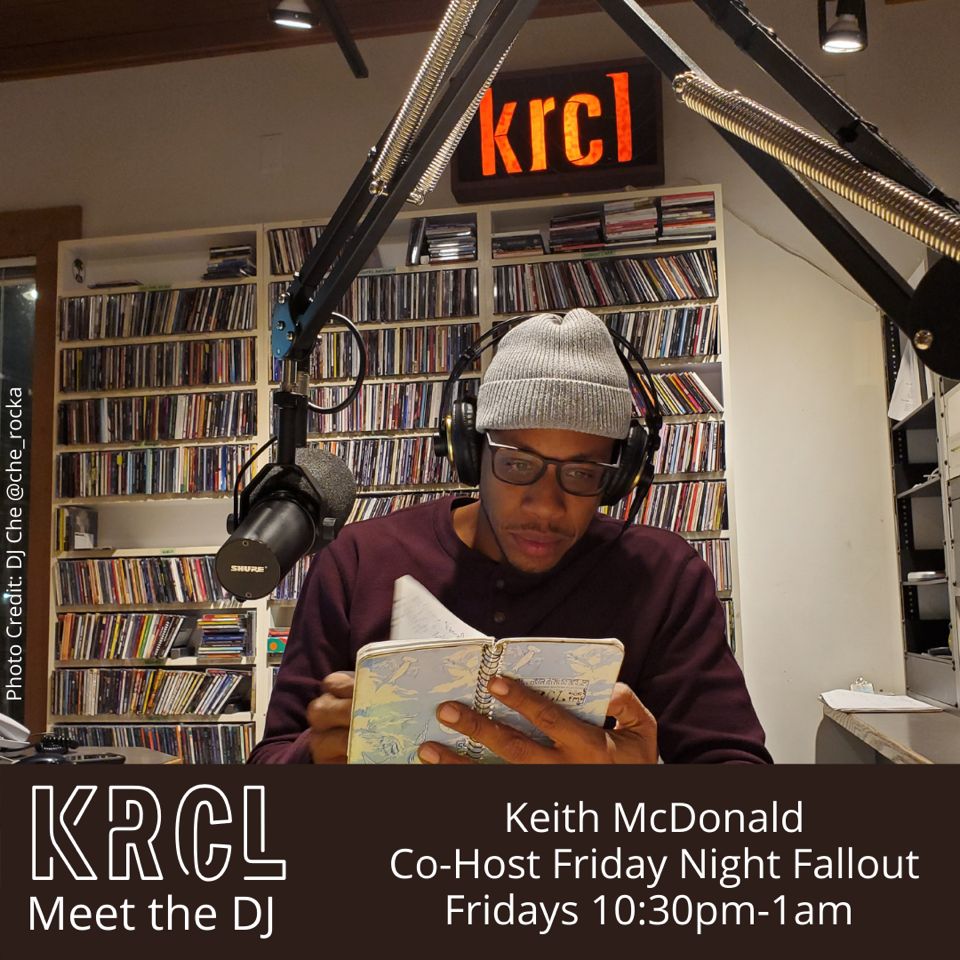 Keith is one-half of the hosting team behind FNFO on KRCL. Since taking it on with Nate Chacon about three years ago, their love of hip hop and rap shines through, from their early shows tracing the evolution of the genre from coast to coast to their support of rising local artists:

Originally from Chicago, Keith is also a dad and a military veteran:

He also has several community projects in the works:

To support Keith's many community projects or send him some music for FNFO, email krclkeith@krcl.org. Want to know more about Keith? Check out this article in SLUG Mag. To hear the last two weeks of FNFO, click here to listen on demand.