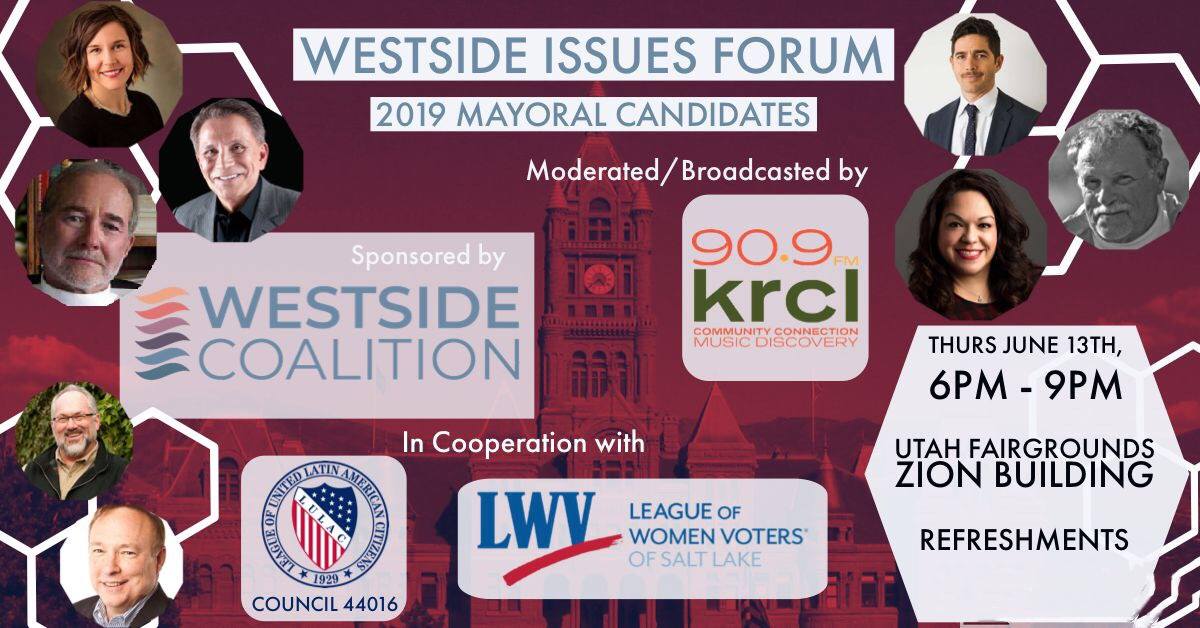 The Westside Issues Forum: 2019 SLC Mayoral Candidates included all 8 registered candidate for Salt Lake City Mayor in the 2019 election. Hosted by the Westside Coalition, in partnership with the League of Women Voters of Salt Lake, LULAC Quetzalcoatl YA 44016 and KRCL RadioActive

Listen to the entire broadcast here:

Each candidate was given 3 minutes each to answer 3 predetermined questions:

The Westside Coalition , is made of leaders from the community councils on the westside of Salt Lake City and residents

KRCL 90.9FM's Billy Palmer from KRCL RadioActive was the moderater for the evening.