The ROI: Joe Hill's Last Will 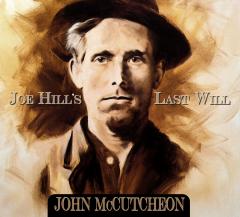 Earlier this year, folksinger John McCutcheon released Joe Hill's Last Will, an album based on the life and songs of the late Swedish-American musician and labor organizer. McCutcheon will perform it at The State Room Thursday, which also is the 100th anniversary of Hill’s execution by a Utah firing squad. KRCL's Lara Jones spoke with him about it: