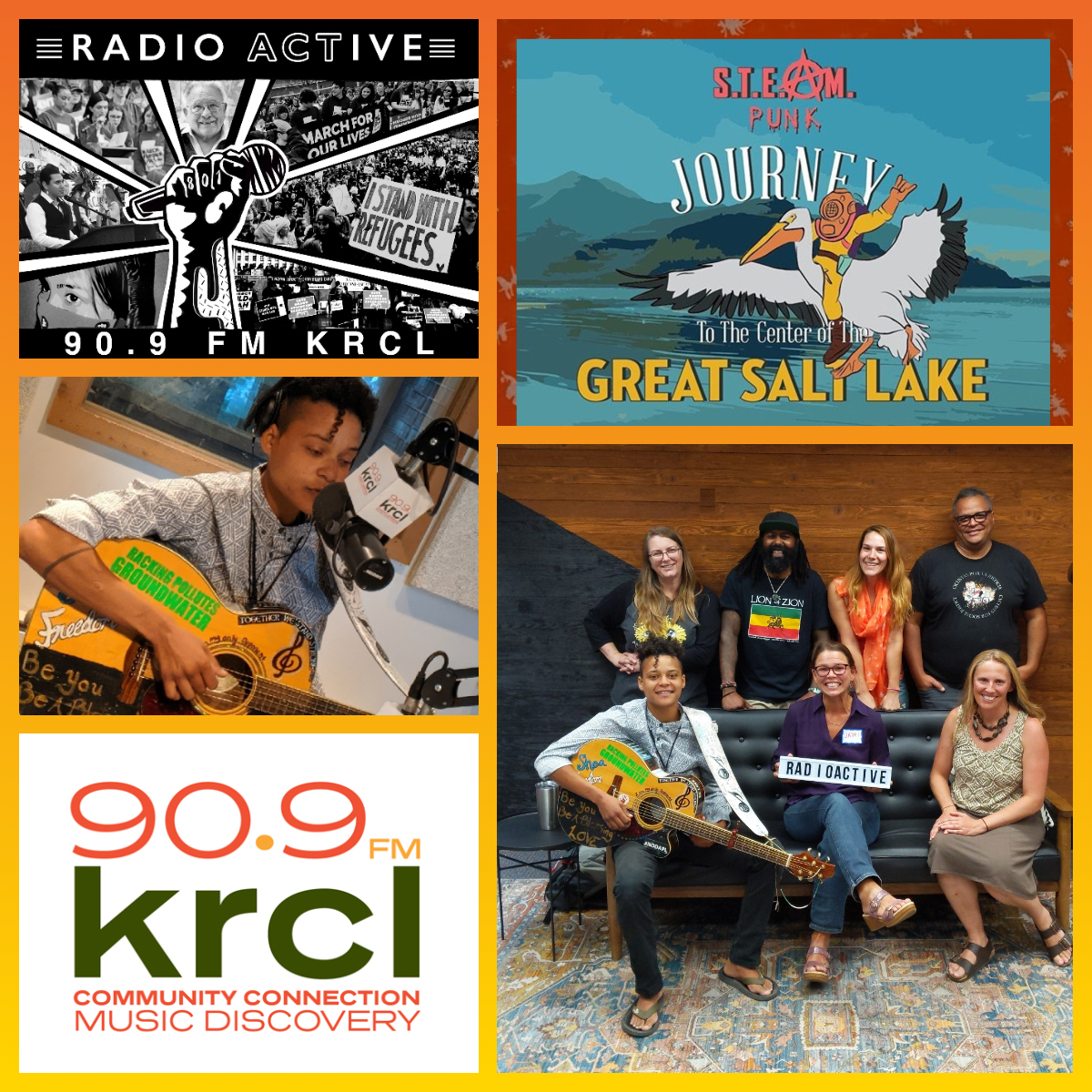 Be It Resolved: Unidad Inmigrante has been pushing the SLC School District Board of Education to adopt a safe school resolution to prevent 1.) the tracking of a student’s immigration status, and 2.) immigration enforcement action on school grounds. UI’s Amy Dominguez called in with a preview of a resolution that will be presented before the board tonight.

The State of Utah is seeking public input through September 25 on newly established regional goals and practices for municipal and industrial (M&I) water conservation. Rachel Shilton, Manager of the River Basin Section of the Utah Division of Water Resources, explained it all and how to make your voice heard.

Musician Shea Freedom was live in the studio tonight. He’s been on the road for his ReBirth Tour and is stopping in SLC to play the Hive Live - Utah's Local Music Showcase Thursday night at Soundwell SLC, 149 W. 200 S, SLC. Listen to the Soundcloud file above to hear new music and Shea’s experiences on tour in the UK and France.

STEAMpunk Academy debuts Friday night with Journey to the Center of the Great Salt Lake at Urban Arts Gallery, 116 S. Rio Grande St., SLC. Academy co-founder Sky Hatter and featured scientists Jaimi Butler and Maura Hahnenberger gave RadioACTive a preview of this unique night of storytelling about the science they have conducted and art they have created about the Great Salt Lake. Starts at 7:00 p.m. FREE.