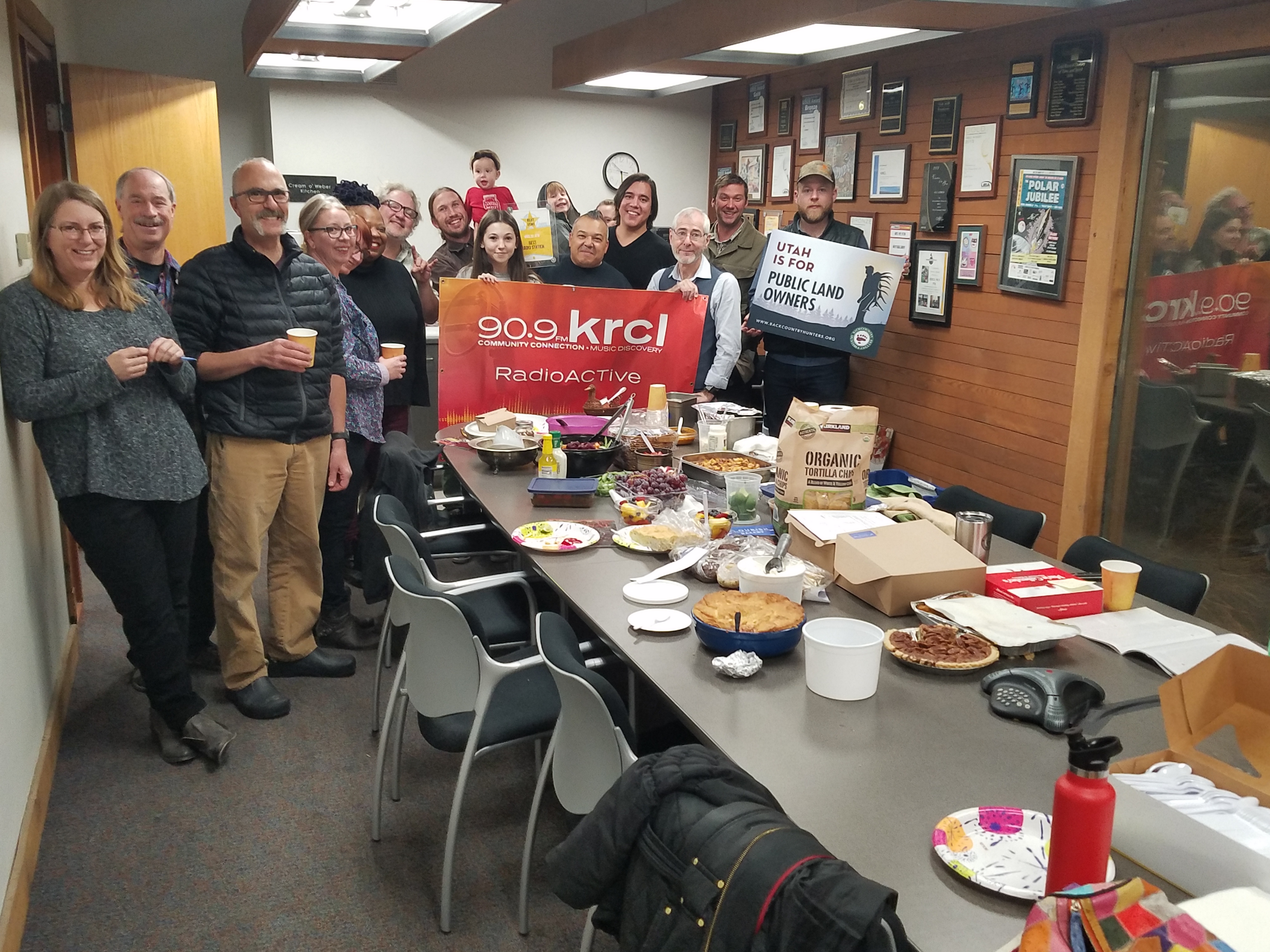 For three years now, Aldine Strychnine has been hosting Thanksgrubbin’, an on-air potluck celebrating the local food movement and reflecting on the year’s ups and downs with guests. Tonight, we mashed it up with fellow community co-hosts Nick Burns, Tamara Stevenson, Billy Palmer and Lara Jones. Guest lineup:

Live music from Susan Bush and Phil Triolo, who volunteer their time for the Heart & Soul program. Thanks, Phil, for the Mushrooms Berkeley, and Susan for the pie! I didn't catch a piece so I'm guessing it was Mmmmm good.

Backcountry Hunters & Anglers - Utah Chapter served up a venison barbacoa for the Thanksgrubbin’ table. Josh Lenart and Perry Hall gave an update on renewal of the Land & Water Conservation Fund, which is stalled in Congress. Plus, they’ve opened a new chapter in Logan—Backcountry Hunters and Anglers- Utah State University.

VoiceMemo: Alliance for a Better Utah’s Chase Thomas on the passage of Propositions 2, 3 and 4.

VoiceMemo: Lis Sollis of The County Library, which is now offering free gun locks while they last.

An update on the work of Braidan Weeks of KRCL’s Living The Circle of Life and Ute PAC and Moroni Benally, Utah League of Native American Voters and Restoring Ancestral Winds. They also shared their views on the mythical origins of the Thanksgiving holiday. Braidan, your Ute chicken and dumpling soup was awesome!

A special Thanksgrubbin’ cocktail with Kestrel and Jerry Liedtke of Tin Angel Café— a locally driven, locally owned art, dining and cocktail experience in the heart of Salt Lake City. At the height of growing season, Tin Angel sources as much as 85% of what it serves from local growers and producers.

There was more food than mentioned in this lineup. Many thanks from the RadioACTive team for everyone's contributions to this year's Thanksgrubbin'