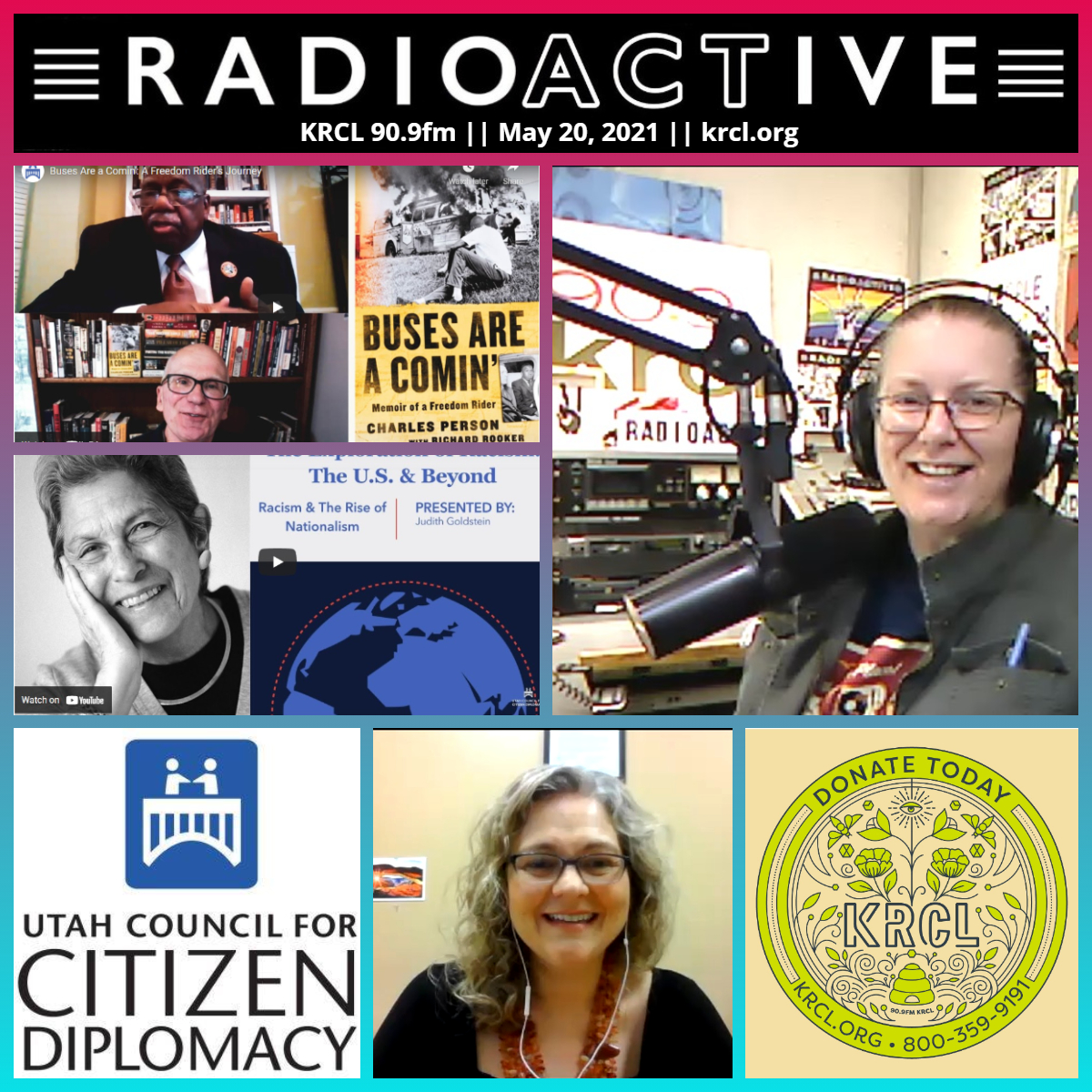 RadioACTive spends the hour with Felecia Maxfield Barrett of the Utah Council for Citizen Diplomacy who shares the nonprofit's lecture series, 'Racism and the Rise of Nationalism, An Exploration of Racism, The U.S. and Beyond'. Featuring original Freedom Rider Charles Person and Humanity in Action's Judith Goldstein.

Felecia Maxfield-Barrett, Executive Director of the Utah Council for Citizen Diplomacy. To wrap its World Affairs Lecture Series earlier this month, UCCD featured a two-part discussion — Racism and the Rise of Nationalism, An Exploration of Racism: The U.S. and Beyond — from which RadioACTive shared clips this evening (edited and condense for time) featuring: