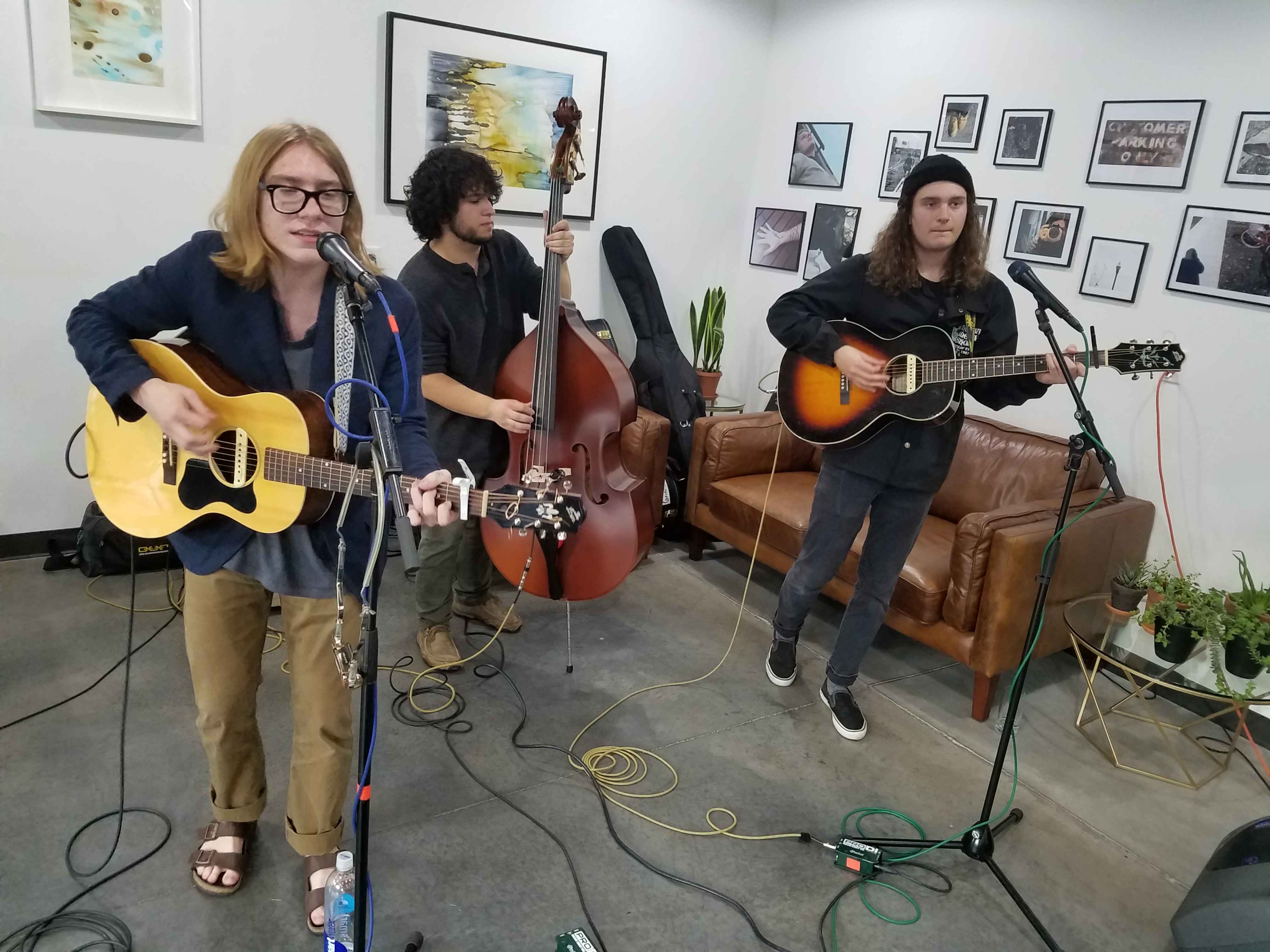 Live music from Utah’s own Sammy Brue and the Grinders.

Maud's Café manager-in-training Aubrey Snyder and baristas-in-training Kat and Austin with an update on the coffee shop, which is working to end teen homelessness one cup at a time.

Megan Hallett of Framework Arts talked about the League of Reluctant Bicyclists, her latest participatory art project. Click here to sign up.

Greg Lee, founder of a Slow Foods Student Chapter at the University of Utah.