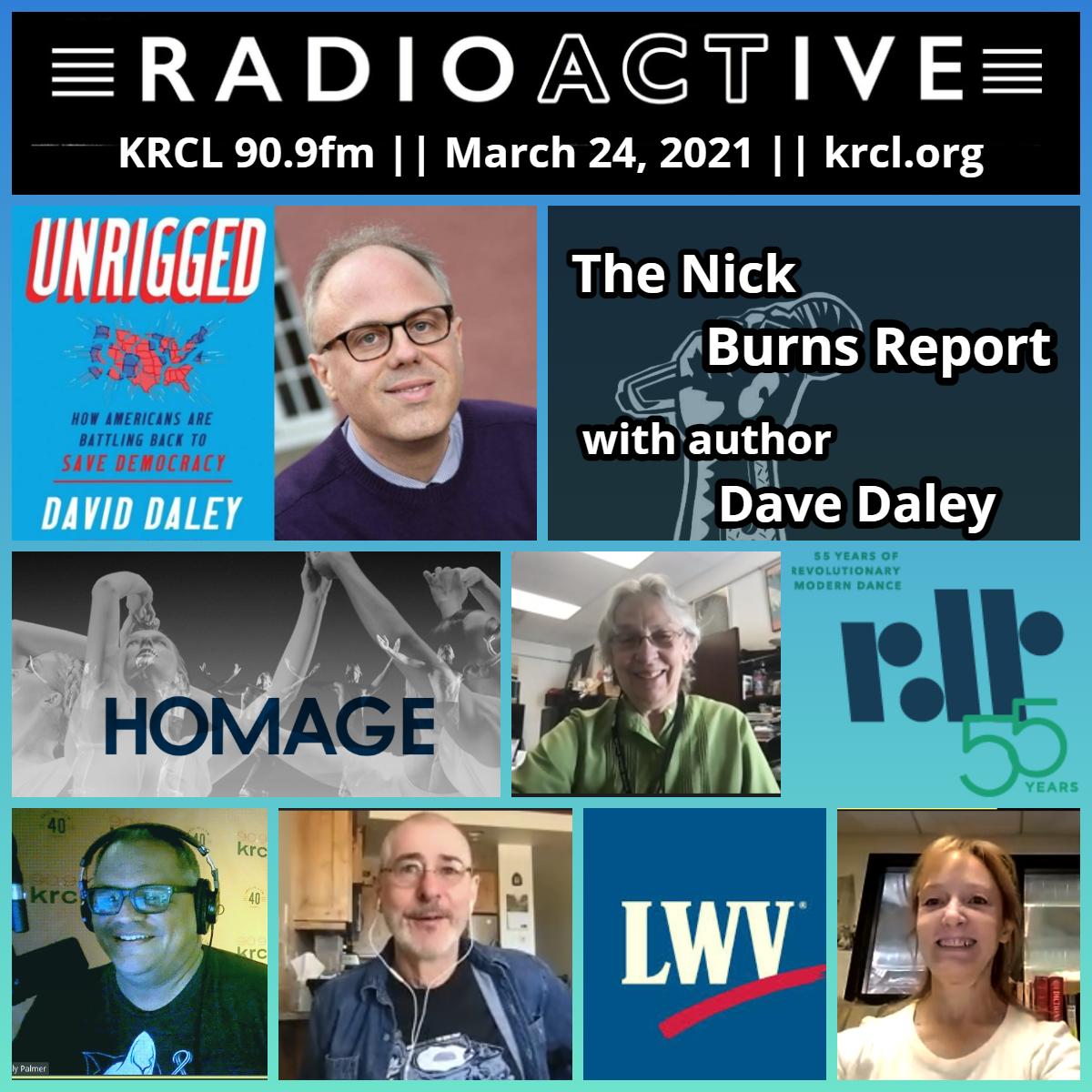 The Nick Burns Report with David Daley, author of Unrigged: How Americans Are Battling Back to Save Democracy, The League of Women Voters Utah on Fair Redistricting, Plus HOMAGE with RDT.

Redistricting: How Citizens Can Have a Voice

Community Co-host, Nick Burns sits down with Author and Journalist, David Daley to talk about his book, Unrigged: How Americans Are Battling Back to Save Democracy. Daley is a senior fellow at FairVote and the former editor of Salon. his book Unrigged is a follow-up of his book Ratf**ked, with a researched account of how Americans are reclaiming control of the democratic process. A frequent media commentator on voting rights, Daley recounts how activists in Utah's San Juan County, countered gerrymandering and elected 2 Native American commissioners for the first time, and looks at the work of the voting rights activists throughout the country who helped realize the blue wave that swept Florida, Maine, Utah, and other states in 2018.