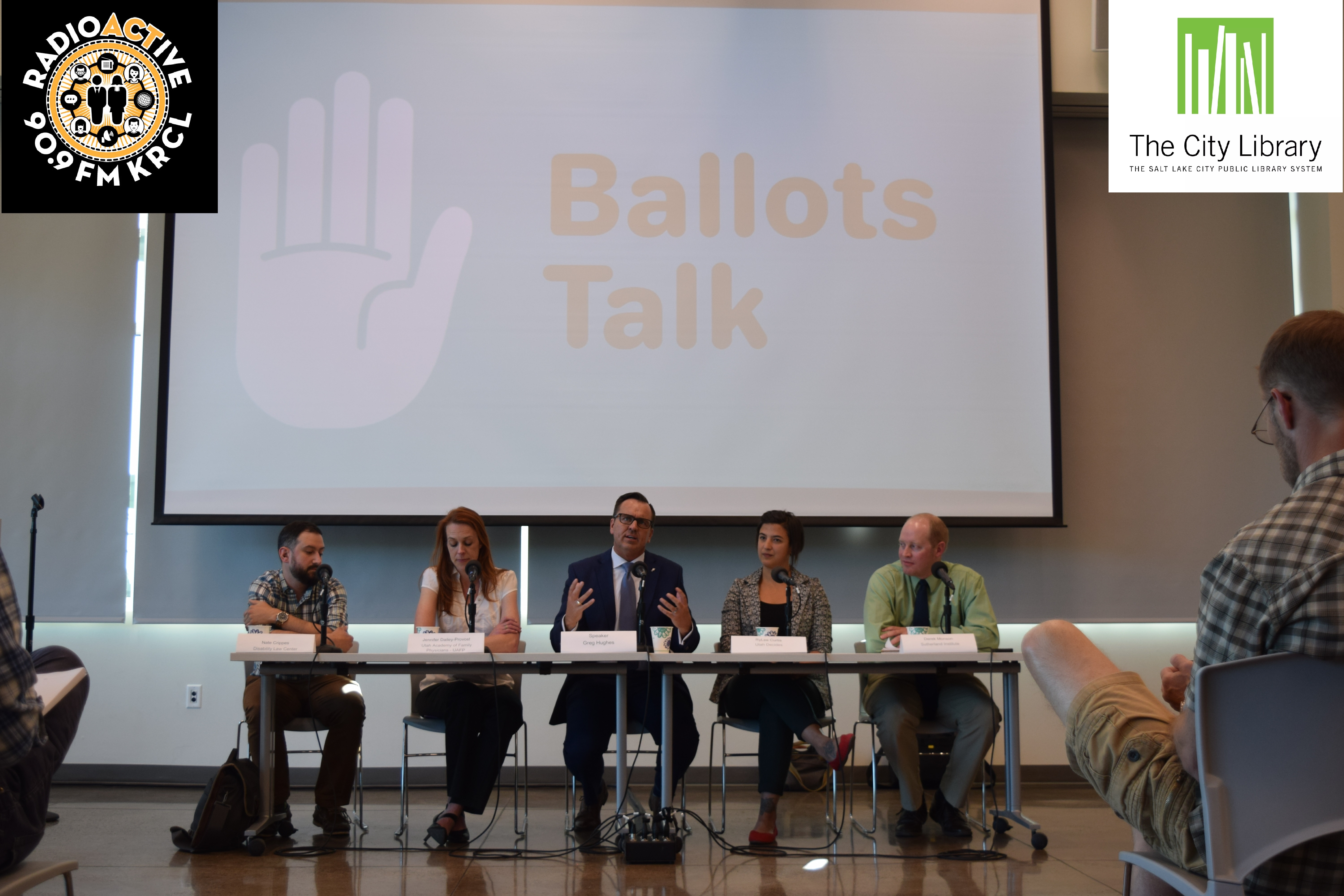 Utah Decides Healthcare is a ballot initiative to expand Medicaid in the Beehive State. Utah voters will decide the issue when they head to the polls in November. Should Medicaid be expanded to provide health coverage to more than 150,000 Utahns? if so, it might break the state’s piggy bank – which , after all, is full of the public's tax dollars.

RadioActive convened a panel of experts on the issue for its latest edition of Ballots Talk, a town hall series on issues and political campaigns in Utah. This event was recorded Monday, June 11, 2018, at the Marmalade Branch, Salt Lake City Public Library. Panelists included:

Our thanks to Branch Manager Safi Safiullah and Adult Services Librarian Azra Basic of the Marmalade Library for their support of Ballots Talk, which SLC-TV Channel 17 also recorded: