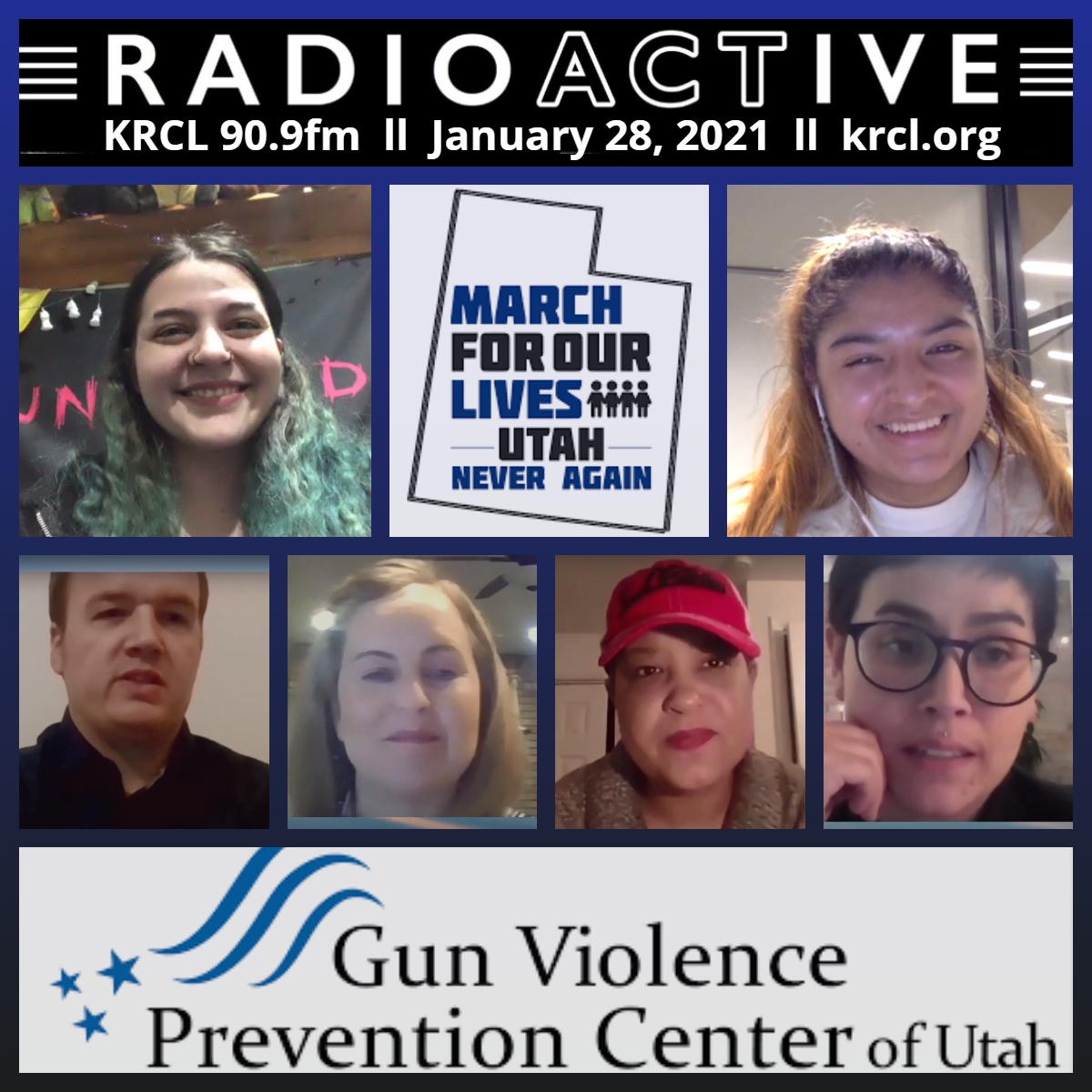 How the proliferation of guns affects different Utah communities: A panel conversation presented by the Gun Violence Prevention Center and March for Our Lives Utah. Plus, Utah Rep. Sandra Hollins and Loki Mulholland on ‘The End of Slavery,’ a new short film.

The End Of Slavery: The Fight For Amendment C

We were joined by Utah State Representative, Sandra Hollins and Emmy Award-winning, local filmmaker Loki Mulholland to talk about his soon to be released film documentary about Amendment C, a Utah State constitutional amendment that was passed by voters last November. The amendment removed language that allowed for slavery under certain circumstances. Look for The End Of Slavery on Amazon Video.

The Effects of Gun Violence on our Utah Communities

Gracelyn Bonham and Maggie Pozo from March For Our Lives Utah hosted a review of a virtual panel conversation about how the proliferation of guns affects different Utah communities, with guest speakers:

Views, thoughts, or opinions shared by guests are their own and do not necessarily reflect those of the board, staff or members of Listeners' Community Radio of Utah, 90.9fm KRCL. Tonight's RadioACTive team included: