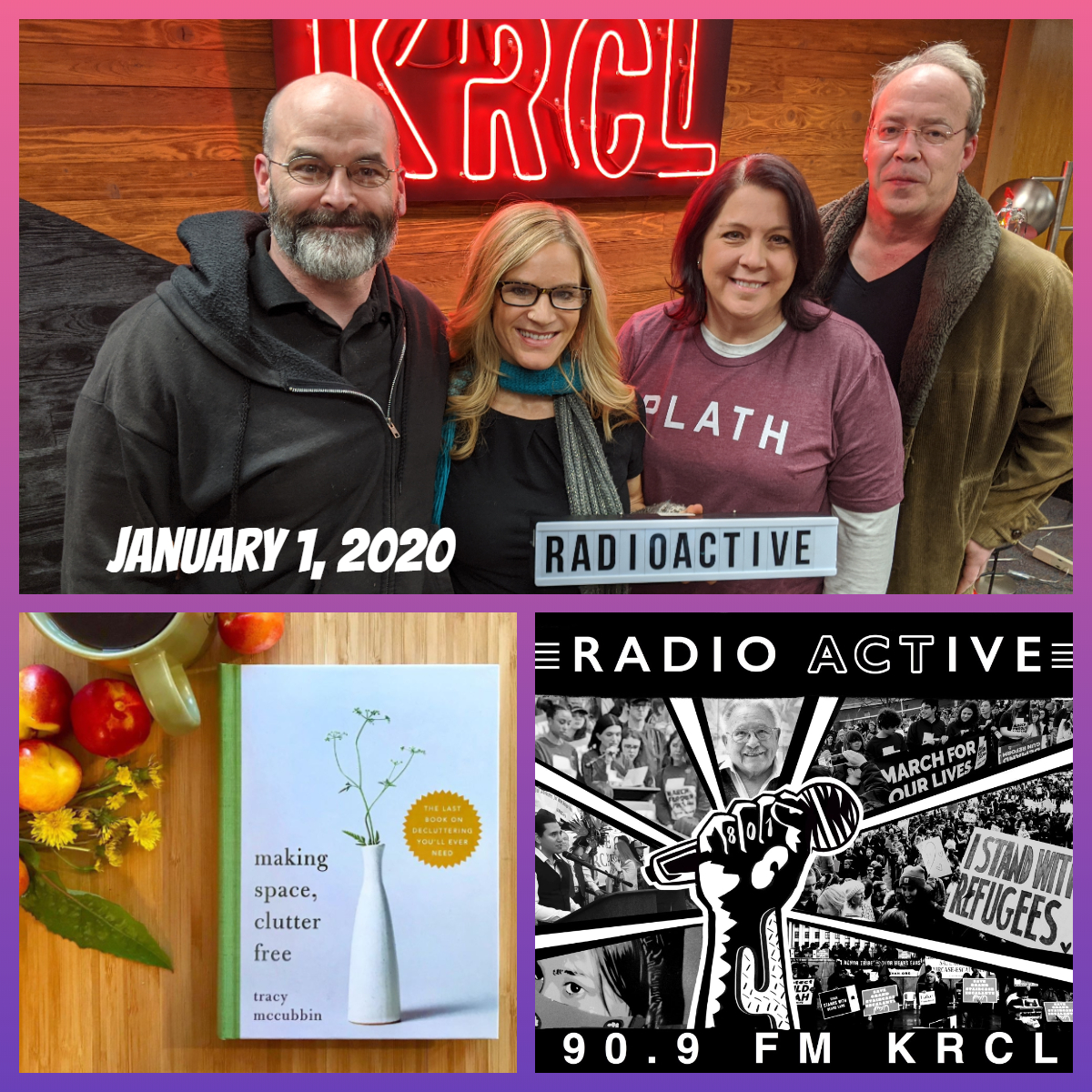 A RadioACTive New Year's Day Special, featuring poets purging the old year and welcoming the new, as well as a professional organizer on the root cause of holding on to so much stuff

RadioACTive loves getting a handle on life through the eyes and verse of Utah poets. Tonight’s lineup included:

Looking for poetry events or calls-for-entry along the Wasatch Front? Click here.

For those who start the new year throwing out stuff, an interview with DClutterfly’s Tracy McCubbin, author of Making Space, Clutter Free: The Last Book on DeCluttering You’ll Ever Need. Look for McCubbin to visit SLC and offer workshops later this year.