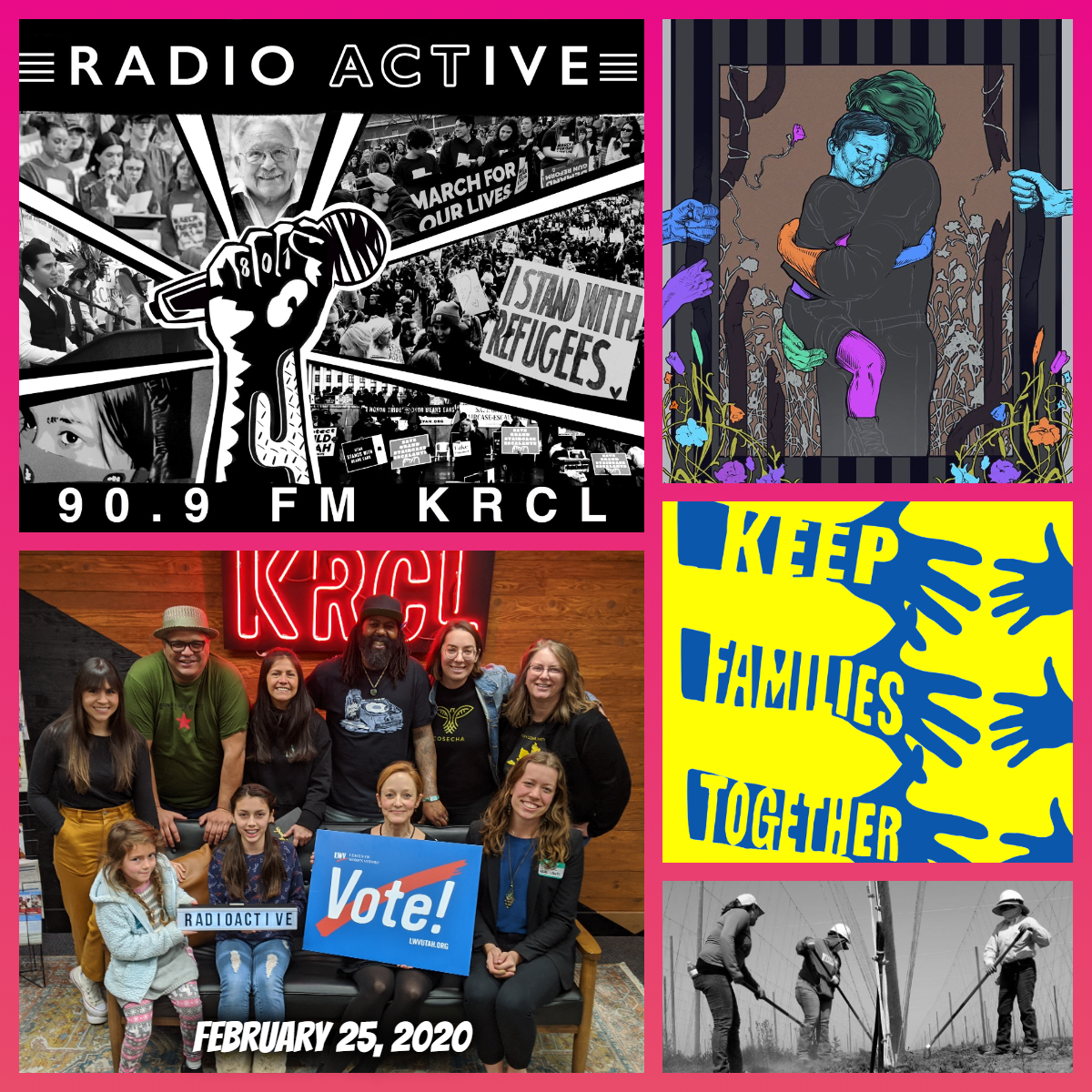 #ThePeoplesBusiness, a report from community partners about the actions of lawmakers and lobbyists during the 45-day general session of the Utah Legislature — which ends March 12. Tonight’s report featured:

Photography as an act of solidarity with Rosa Villoslada, who spent a year documenting female farm workers in Washington’s Yakima Valley. Her work is on display at the main City Library from March 7-April 17.

The Utah Coalition to Keep Families Together is currently organizing a campaign to stop a proposed immigrant prison in Evanston, Wyoming. Guests: Esther Meroño Baro of the coalition and Ashley Dixon, a former Core Civic employee who will be in SLC this weekend