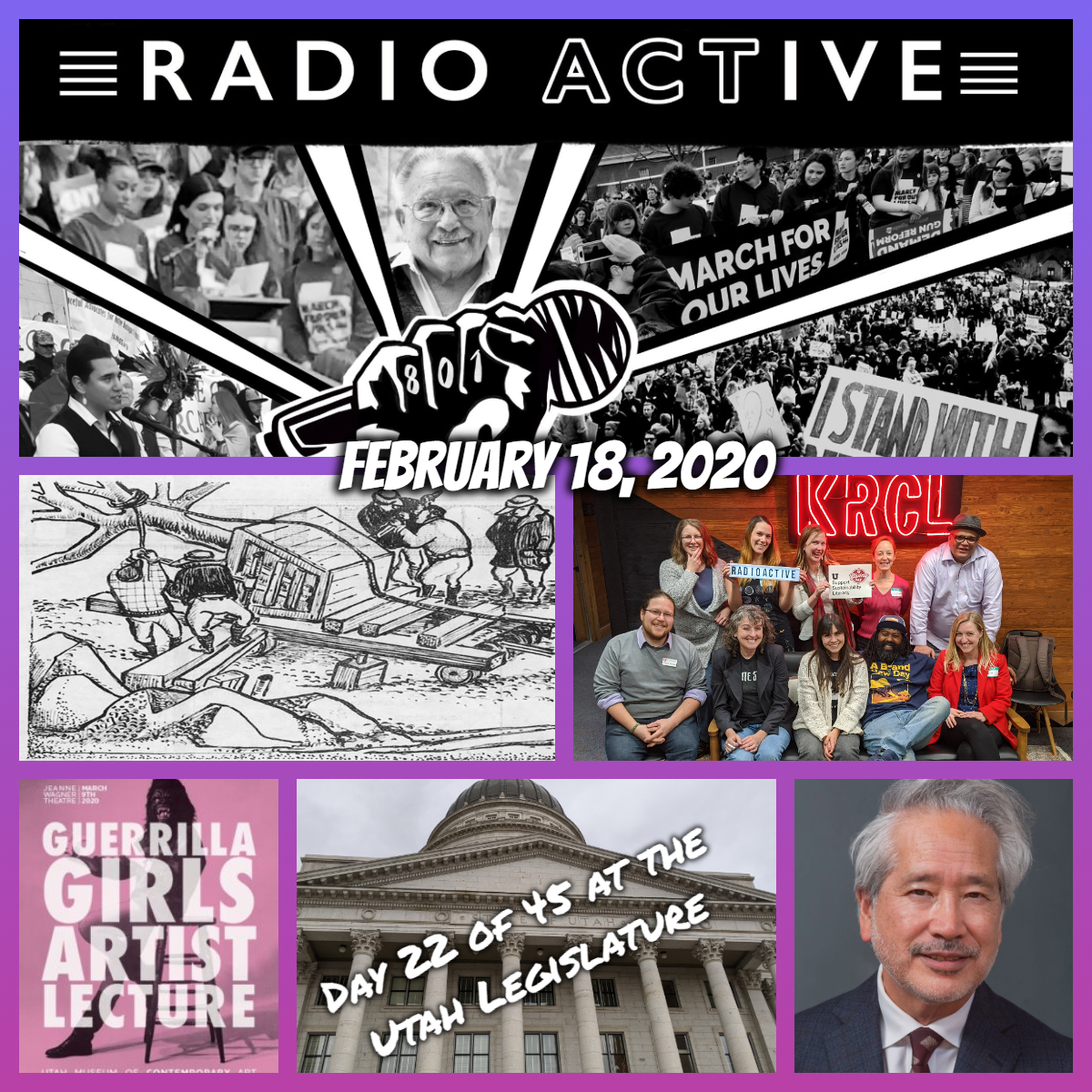 Don Tamaki on Alternative Facts and the Coram Nobis of Executive Order 9066 that saw the internment of 120,000 Japanese-Americans during WWII. Plus, U Giving Day meets sustainability literacy, #ThePeoplesBusiness with League of Women Voters of Utah and the YWCA, UMOCA's Year of the Woman with Guerrilla Girls, and Zines for Change with Steampunk SLC and SLCC Community Writing Center.

Ayrel Clark-Proffitt and Emerson Andrews of the UoU’s Sustainability Office, which works to ensure that all graduates of the University of Utah have a deep understanding of systems thinking, sustainability, and how their chosen profession plays a role in the creation of a healthy planet.

We’re half-way through this year’s General Session of the Utah Legislature. Tonight’s report on #ThePeoplesBusiness came from Catherine Weller of the League of Women Voters of Utah and Erin Jemison of YWCA Utah.

Laura Hurtado of the Utah Museum of Contemporary Art, which is celebrating the Year of the Woman. Earlier this month, the museum opened an exhibit by the Guerrilla Girls, an all-female artist collective that assumes the names of dead women artists and wears gorilla masks in public to conceal their true identities and focus on issues rather than personalities. They use facts, humor, and outrageous visuals to expose gender, racial, and ethnic bias, as well as corruption in art, politics, film, and pop culture.

STEAMpunk Academy and the SLCC Community Writing Center are teaming up for Beyond The Gate: Zines For Change. RadioACTive found out more with the center’s Melissa Helquist and Sky Hatter of STEAMpunk, which creates S.T.E.A.M. events and activities in the community that are radically inclusive, howlingly irreverent and wicked smart.

A RadioACTive conversation with Don Tamaki, who served on the legal team which reopened the 1944 U.S. Supreme Court case of Fred Korematsu, overturning his criminal conviction for defying the removal of almost 120,000 Japanese-Americans. The reopening was based on newly discovered evidence from the Justice Department, Navy, FBI, and FCC which had been suppressed from the Court, admitting that Japanese Americans had committed no wrong and posed no threat.