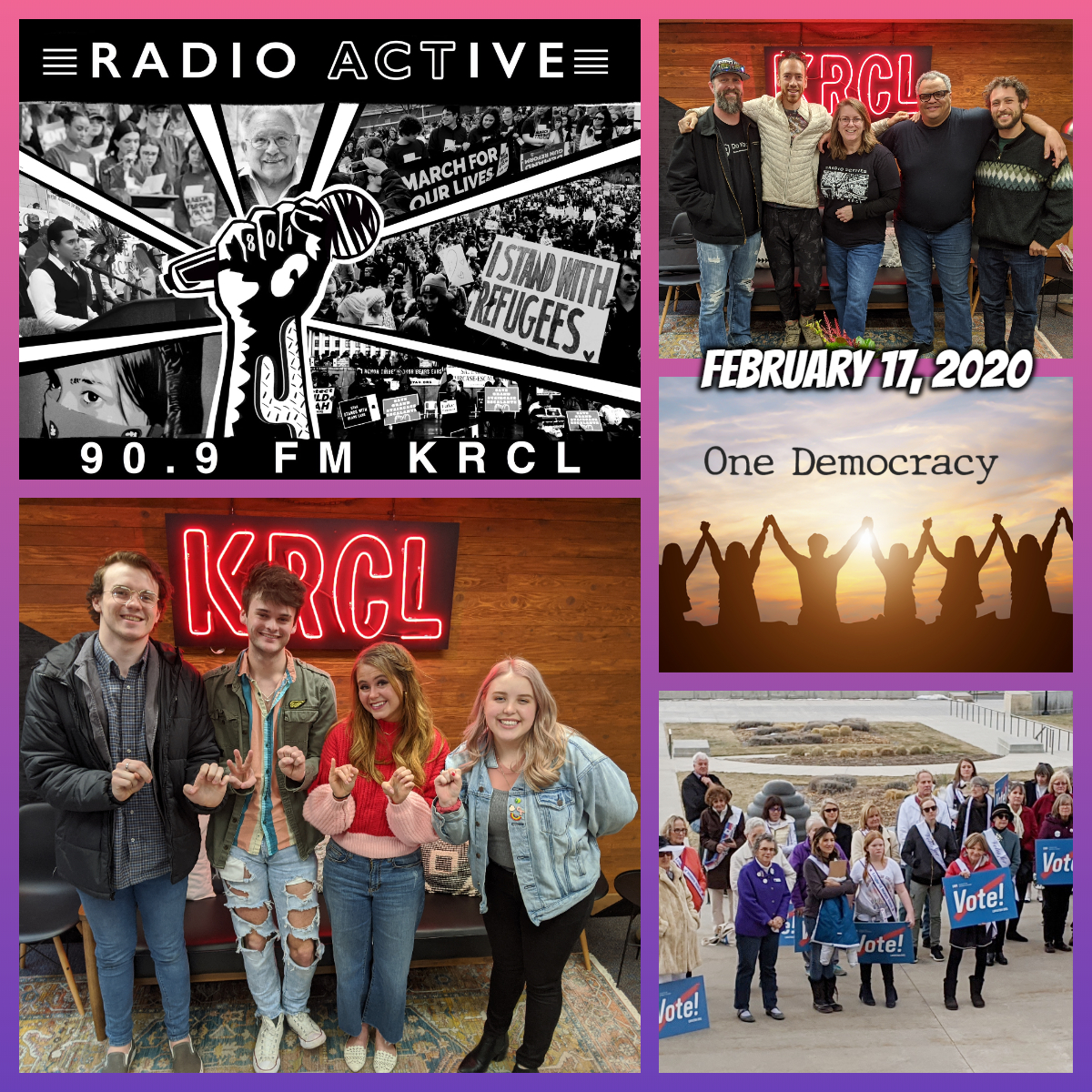 Presidents' Day Special, featuring voices from the Women Power the Vote Rally and the launch of One Democracy, a new social media platform that aims to return the power to the people. League of Women Voters of Utah and Action Utah with a report on #ThePeoplesBusiness. The Ziegfeld Theater sings and signs Newsies.

Catherine Weller of the League of Women Voters of Utah and Action Utah’s Carrie Butler with a report on #ThePeoplesBusiness happening during the 45-day General Session of the Utah Legislature.

Dave Schutt and Dave Nugent of One Democracy, a new interactive web app they believe will revolutionize democracy and transparency and put power back into the hands of the people over special interests. Some features of the app will include:

Voices from the Women Power the Vote Rally. Held Friday, Feb. 14, 2020, on the steps of the Utah State Capitol building, the rally celebrated 100 years of women voting and the 100th anniversary of the League of Women Voters. RadioACTive shared comments from the first three speakers: former Rep. Rebecca Chavez-Houck, Rep. Sandra Hollins and Salt Lake County District Attorney Sim Gill. To hear the entire rally, use the media player below.