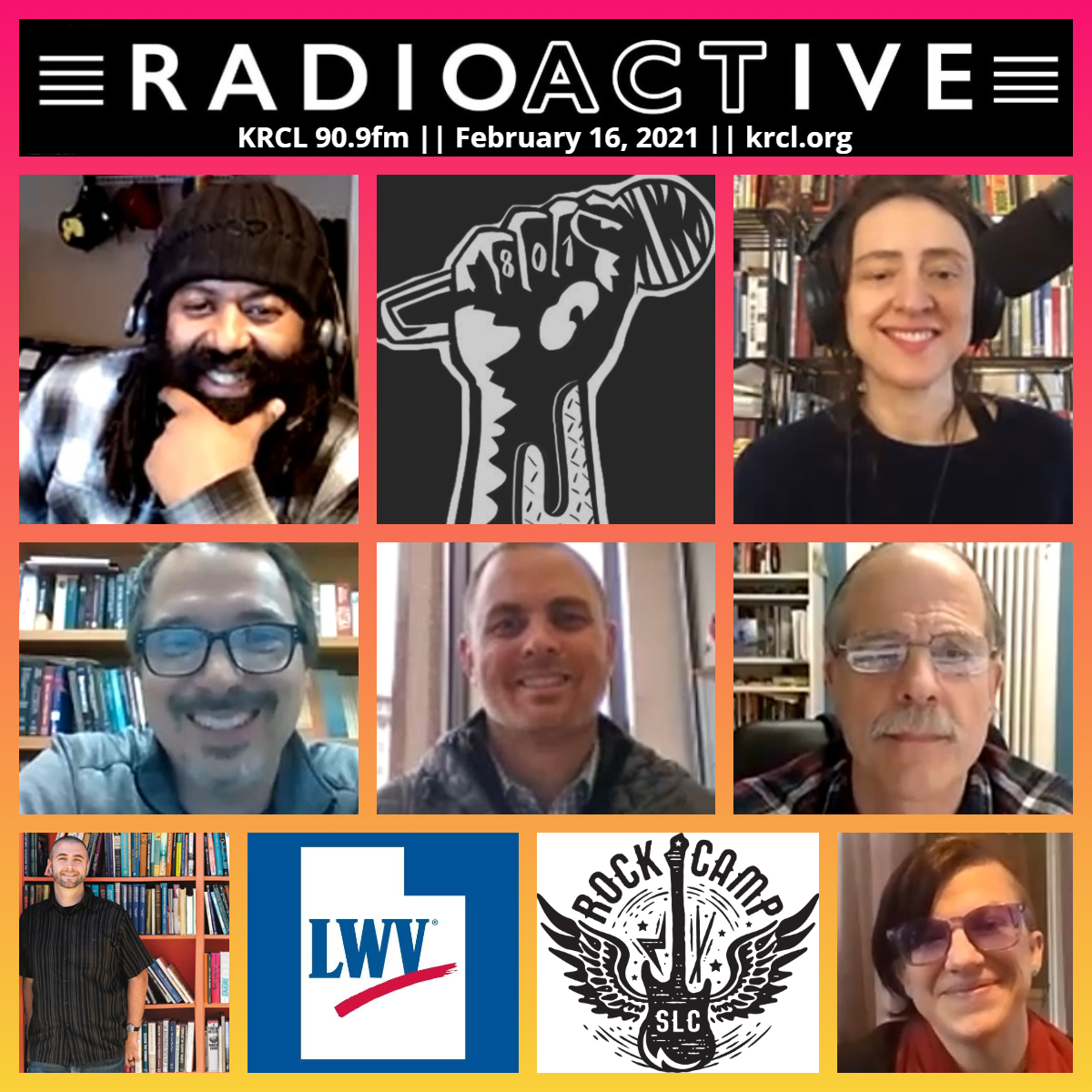 Two econ profs and a capitalist walk into a bar -- #RoundtableTuesday explores all the "isms" -- capitalism, socialism and communism. Plus, Rock Camp SLC's #genderchillfest, #PoetryStillHappens, #3QP with The City Library and the League of Women Voters of Utah.

#3QuickPicks on The People's Business at the Utah Legislature with Catherine Weller of League of Women Voters of Utah. Highlighted bills and events included:

Shell "Yeah" Danis of Rock Camp SLC, which on Feb. 26 will present its virtual #genderchillfest. "This online festival is the result of Rock Camp shaking things up with a 6-Week SLAY at Home program, putting instruments in the hands of folks of all genders and all ages who are learning at home, inside their quarantine bubbles. These badasses have been working hard and will be debuting their newest songs with their newly formed bands for one night of in-home rocking! Please support them for their bravery and awesomeness! THIS IS A FUNDRAISER to send kids to camp during the summer at our Rock Camp SLC program. If you can't make it to the fundraiser but want to support the camp, visit rockcampslc.org/donate."

#RoundtableTuesday explores all the “isms” — capitalism, socialism and communism. Featuring: