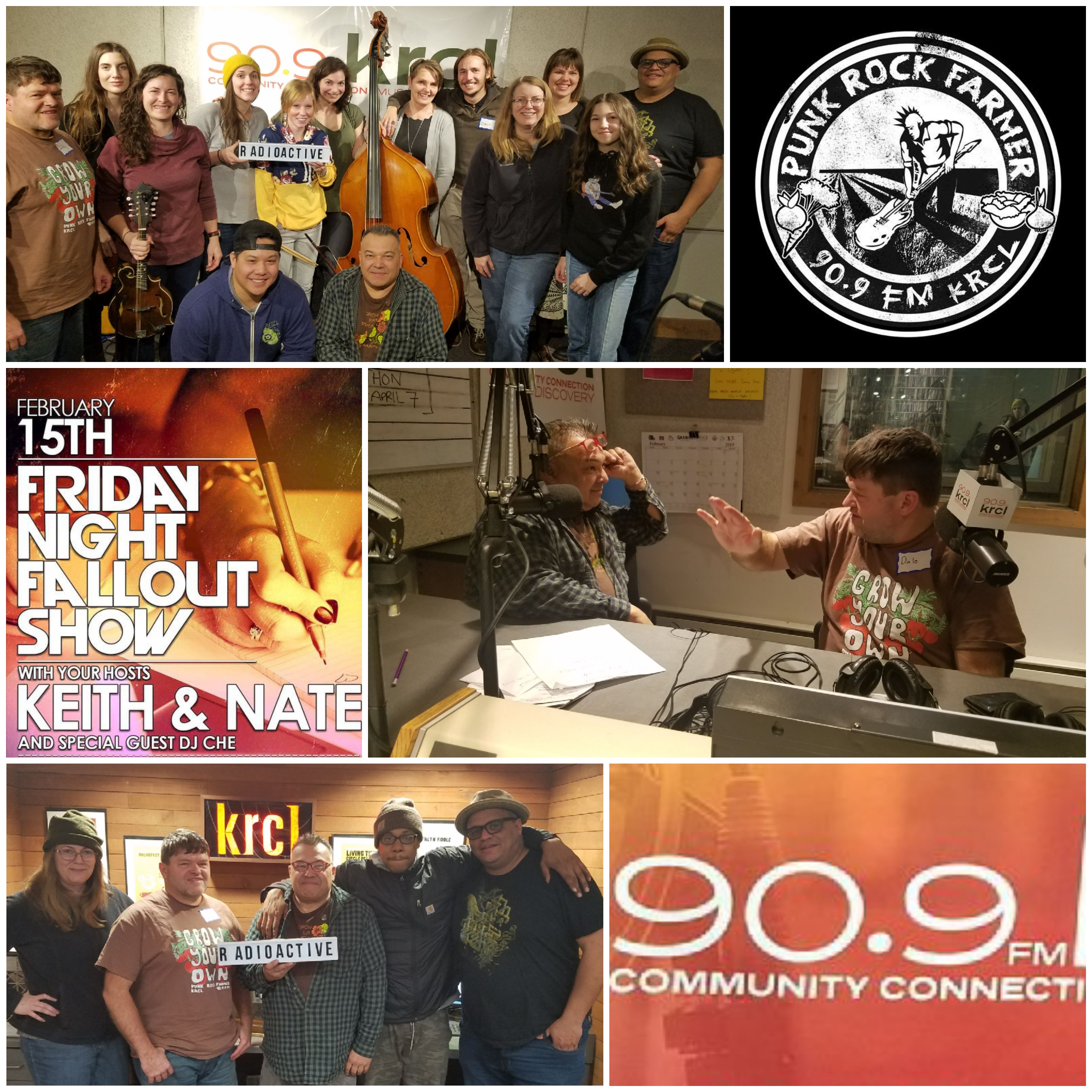 Live, homegrown music from Mama LongLegs. From Northern Utah, the folk band consists of vocalist/guitarist Allie Harris sharing the lead with mandolin/vocalist Megan Simper, with Julie Taquin on Violin, Kendall Becker on Double Bass, and Emily Densley on Drum Kit. Want to see Mama LongLegs in action? Check them out march 1 at WhySound Venue in Logan; March 2 at Beaver Mountain.

Keith McDonald of The Friday Night Fallout Show - KRCL, Utah's longest running Hip-Hop show, talked about the letters he gets from listeners who are incarcerated in jails or prison. Except for one letter that arrived damaged and the return address was illegible, McDonald has replied to every letter sent to the show.

The Rights of Nature: A Global Movement, a documentary at the center of next week's series on Global Indigenous Rights and Nature's Rights at Weber State University. RadioACTive shared part of an interview with filmmaker and Weber State University Professor Hal Crimmel and Chris Finlayson, former New Zealand Attorney General and Minister for Treaty of Waitangi Negotiations. Finlayson was part of the successful effort to secure personhood status for New Zealand's Whanganui River.

Seed swapping with Dale Thurber of Delectation of Tomatoes, a provider of nearly 3,000 varieties of heirloom seeds from all around the world