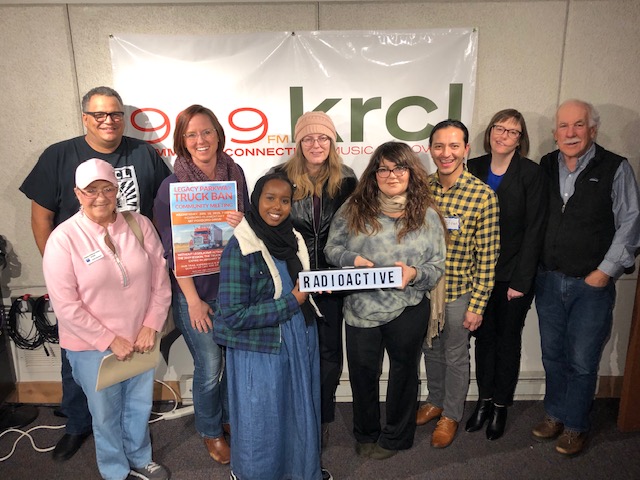 Grassroots groups report on lawmakers' actions at The People's House, HB93 County Formation Amendments, a dancer's immigration story, and the debut of a new single by The Midnight Babies

Today was Day 16 of the 2019 General Session of the 63rd Utah Legislature. Several grassroots groups stopped in with updates from The People's House, including:

The debut of Heaven and Hell, a new single from The Midnight Babies. The Salt Lake City-based trio says its "roots lie in the Ramone’s mixed with Blondie, if Blondie wrote Zen hymns."

Dust. Breath. Place. It's the name of an autobiographical dance being choreographed by Efren Corado, who immigrated from Guatemala at the age of 11. Corado will debut the work in May as part of Repertory Dance Theatre's Link Series.