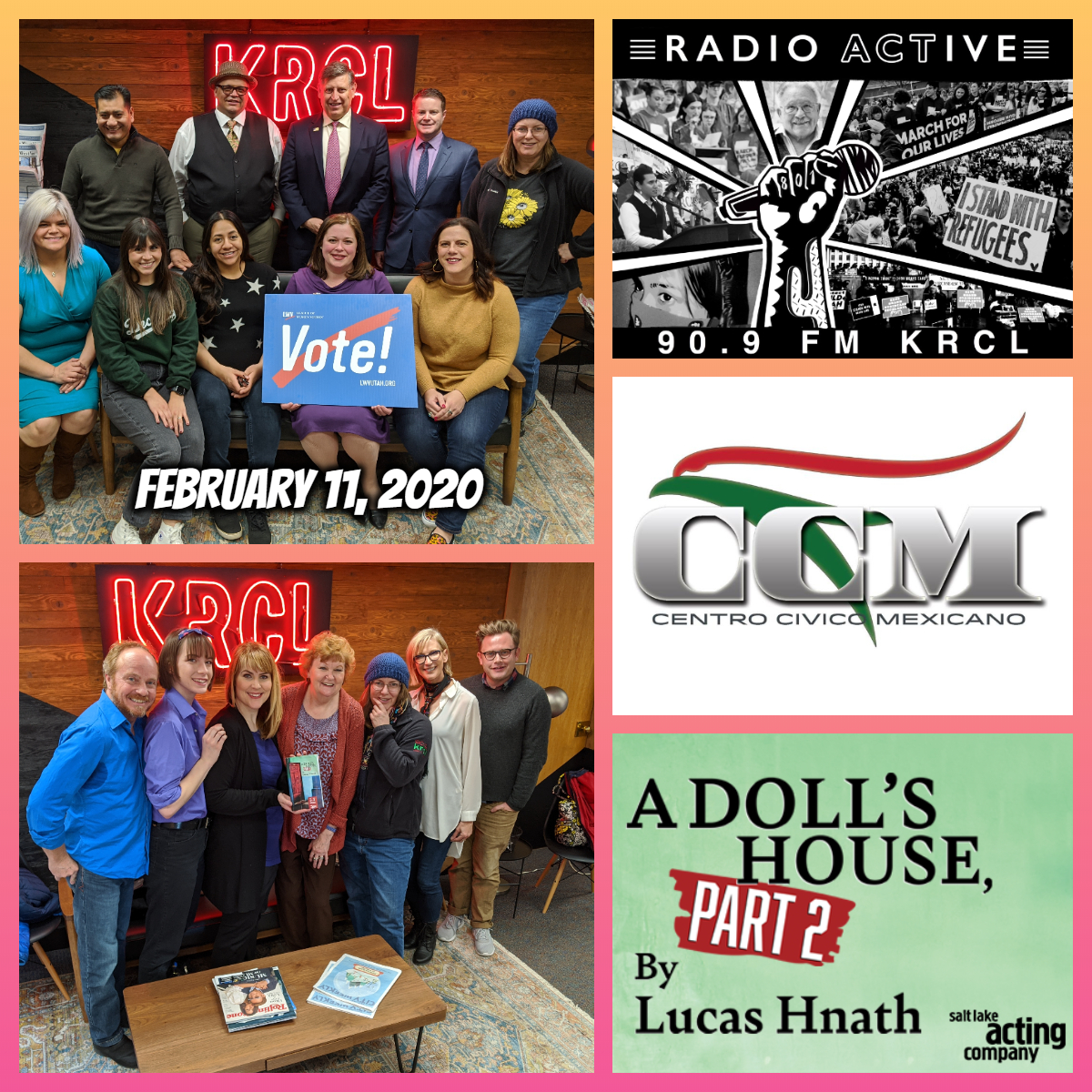 U.S. Interagency Council on Homelessness. UT Supreme Court makes it possible for Dreamers to take the Utah Bar. Suffrage Week in Zion. A Doll's House Part 2 at SLAC. Valentine's Day night with Mariachi and Banda at Centro Civico. #ThePeoplesBusiness with League of Women Voters of Utah, YWCA and Planned Parenthood.

Robert Marbut of the U.S. Interagency Council on Homelessness is in SLC this week to talk about our community's progress in improving the delivery of services to people experiencing homelessness.

Don't forget to send us your Love Notes for Valentine's Day. Then, on Friday, February 14th, tune in to hear love songs, break-up songs, make up songs and listener love-notes on air. Call 801 834-6721 to leave a message for your valentine. The hotline will be open until Wednesday, February 12.

RadioACTive got a preview of A Doll's House, Part 2 by Lucas Hnath, running through March 8th at Salt Lake Acting Company. Click here for tickets.

Naomi Watkins of Better Days 2020 on events to celebrate Utah Suffrage Week. Visit the BD2020 art exhibit on display on the 4th floor of the Utah Capitol Building, featuring 50 illustrations of Utah suffragists and advocates, including KRCL's own Ellen "Mama” Selu.

#ThePeoplesBusiness, a report on lawmakers' activities during the 2020 General Session of the Utah Legislature, featuring:

o    Karrie Galloway, President and CEO of Planned Parenthood Association of Utah, regarding S.B. 67 – Disposition of Fetal Remains. Galloway said she views this bill as another example of targeted restrictions on abortion providers, aka TRAP laws, disguised as supporting a woman's choice.

Looking for something to do this Valentine’s Day? Centro Cívico Mexicano is throwing a party and RadioACTive got a preview with CCM’s Vicky Fuentes and Ballet Folklorico’s Arsenio Gonzalez.

Heidi Chamorro, one of two DACAmented students who petitioned the Utah Supreme Court to change the law and allow Dreamers to take the Utah State Bar. With a rule change by the court, Chamorro plans to take the bar in July.