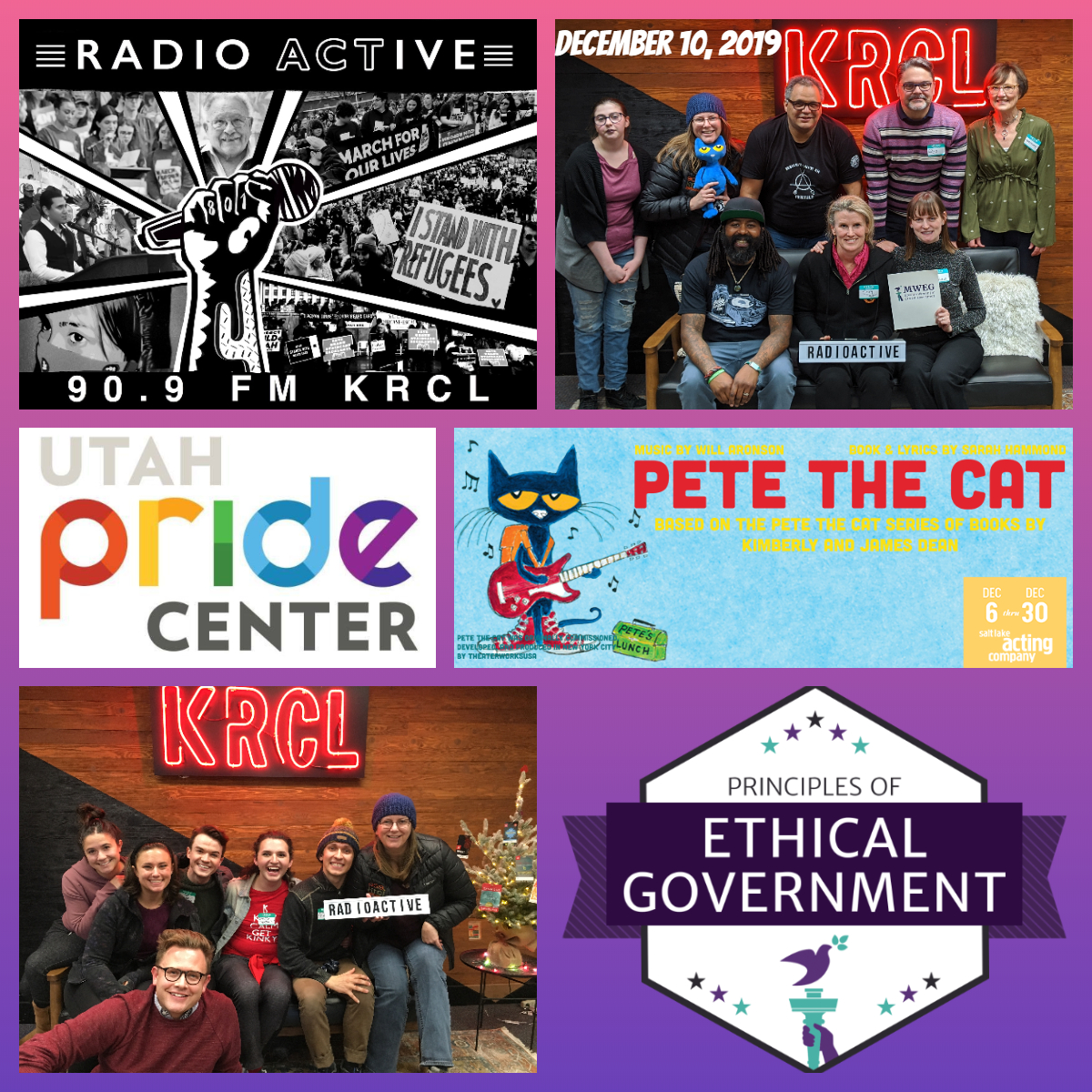 MWEG's principles of ethical government and 6 rules of peace-making. Utah Pride Center responds to proposed federal Fairness for All Act. League of Women Voters of Utah on the upcoming special session on tax reform. Craft Like M.A.D. with DRAC Utah, and a deep dive into Pete the Cat with Salt Lake Acting Co.

League of Women Voters of Utah's Emily Walsh with details on this week's special session of the Utah Legislature to address tax reform. The Utah House and Senate will meet in special session this Thursday beginning at 5:00 p.m.

Karolyn Campbell, Disabled Rights Action Committee's new executive director. Grassroots activists formed DRAC in 1993 to fight for the civil rights of people with disabilities in the state of Utah.

Today is International Human Rights Day. Rob Moolman, executive director of the Utah Pride Center, stopped by RadioACTive to share his reaction to the Fairness For All Act H.R. 5331, a federal bill introduced last week by Utah Congressman Chris Stewart that he says aims to balance LGBTQ rights and religious liberties.

What is ethical government? At a time when ethical leadership is needed at all levels of government, Mormon Women for Ethical Government has released its own set of guiding principles on the subject. RadioACTive spoke about it with MWEG's Wendy Dennehy, Tracy J. Nuttall and Emily de Schweinitz Taylor.