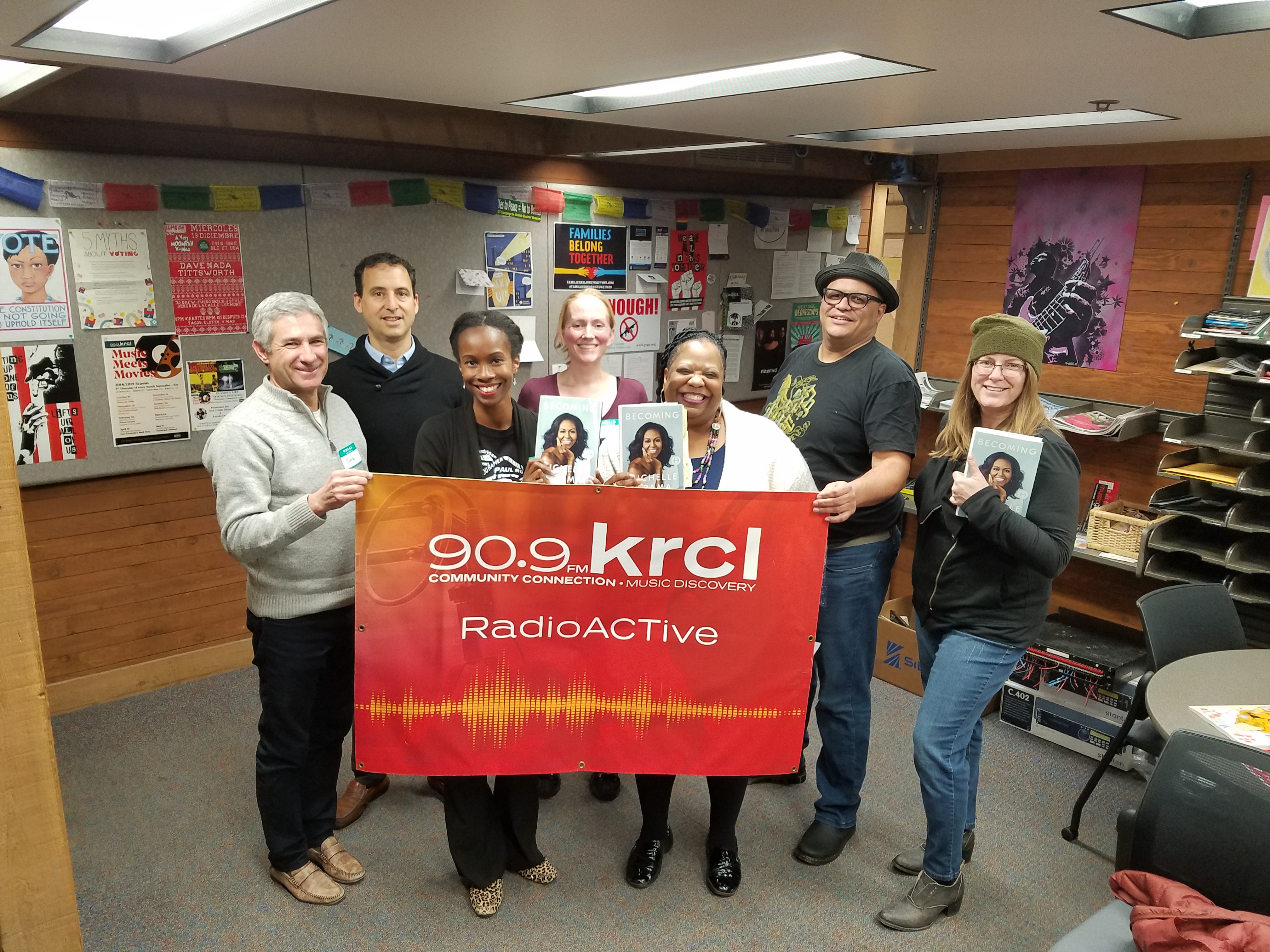 Women of the World's Samira Harnish sent in a voice memo for Write for Rights, Amnesty International’s largest annual human rights campaign. Take a listen, then get out your pen and paper and write a letter to save a life:

Josh Kanter of Alliance for a Better Utah, a year-round, multi-issue advocacy group promoting progressive ideas and calling for balance, transparency, and accountability in Utah politics.

Community Co-Host Tamara Stevenson led a discussion on the intersection of gender and race – especially for black women, women of color and folx who identify as female. Our jumping off point? “Becoming,” the new memoir from former First Lady Michelle Obama. Guests included: