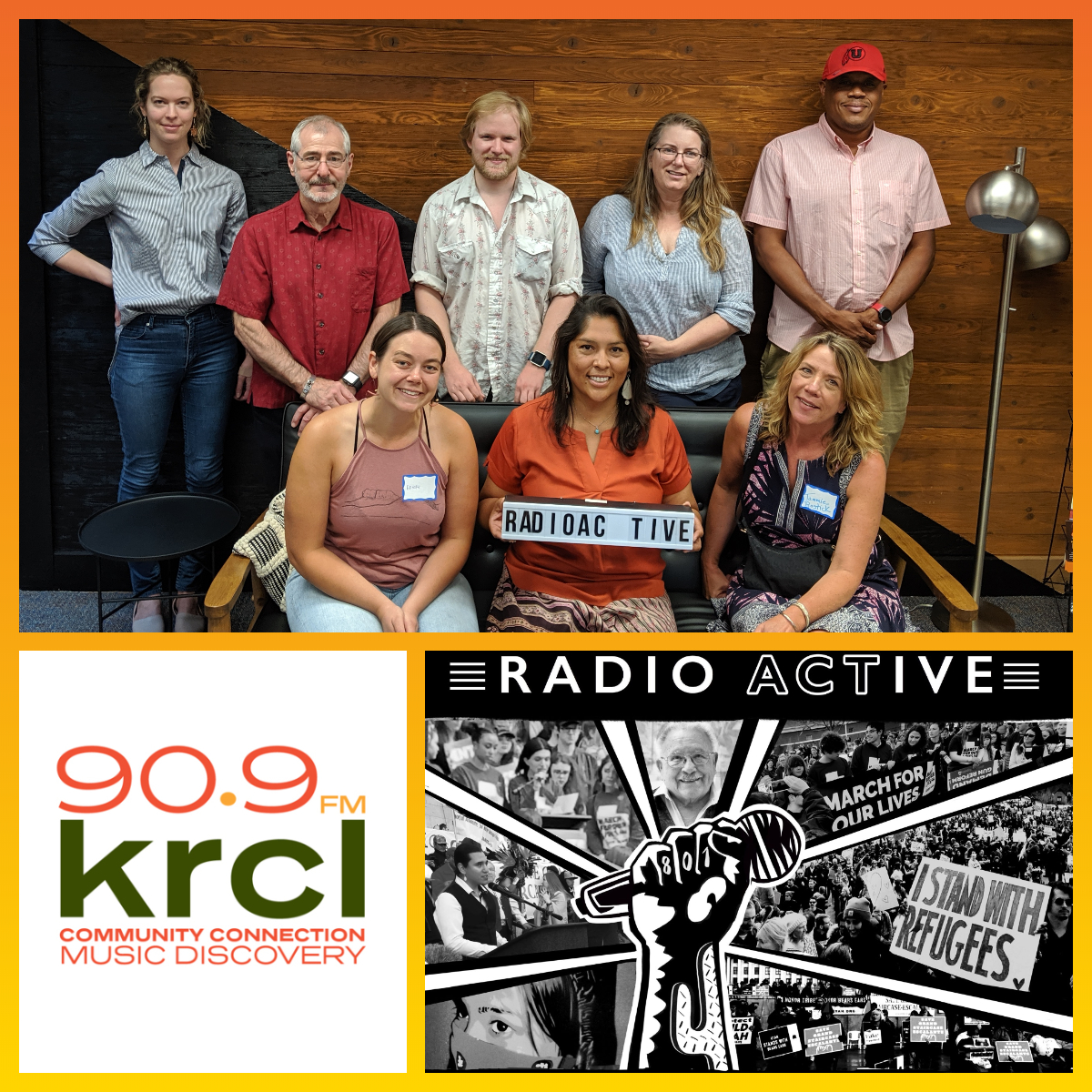 The People's Energy Summit is coming up Sept. 21. Multiple organizations will be gathering to implement a People's Plan for Utah's Energy Future. Tonight, RadioACTive begins the first of several weekly visits from people and organizations planning the summit.

Brooke Larsen of Uplift, which hosts a youth climate conference for young people across the Colorado Plateau. Uplift connects, trains, and supports young people to act for climate justice.

Davina Smith, Executive Director of SLC Air Protectors. Earlier this week, she completed a 330-mile run across Utah to bring a sacred medicine bundle from the Bears Ears National Monument to the front doors of the Utah State Capitol. Click here to learn more. Smith will be a featured speaker at the People's Energy Summit.

Sept. 5-6: EPA hearings (the only ones scheduled) on the Trump Administration's rule change to the Clean Water Act, consistent with the April 2019 Presidential Executive Order entitled “Promoting Energy Infrastructure and Economic Growth.”

Prof. Amos Guiora and Alliance for a Better Utah founder Josh Kanter discussed the SLTribune Commentary: Charging Jews with disloyalty is playing with fire, which they co-wrote with Rochelle Kaplan, a board member of the National Council of Jewish Women, Utah Section, and Jonathan Klein, a member of the Better Utah board of directors.

Utah County Commissioner Tanner Ainge on the county's new survey tool, Your County, Your Voice. If you are 18 years of age and a resident of Utah County, click here to take the first survey.