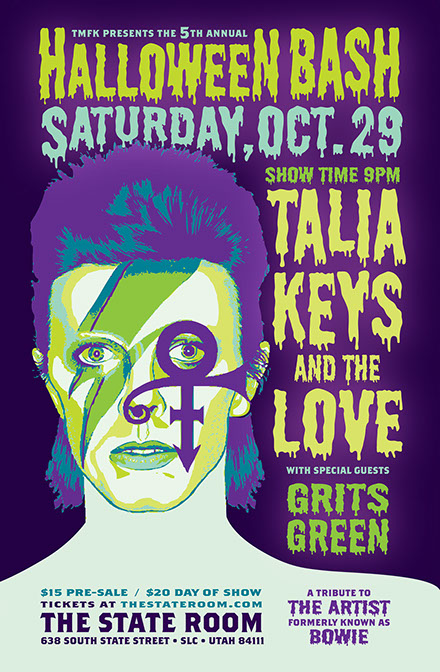 It's become a Salt Lake Halloween tradition—Talia Keys' Annual Halloween Bash where she brings together some of the city's best musicans to focus on a musical theme. Now in its fifth year, Keys and her band Talia Keys and the Love, pay tribute to two musical legends who both passed away this year only months apart, David Bowie and Prince.

Keys stopped by KRCL's Women Who Rock with Eugenie to play some solo Bowie and Prince songs before the show Saturday, October 29 at The State Room. Check out her stripped down version of Bowie's Space Oddity, then catch it live Saturday night with the full band: David Brogan on drums, Ryan Conger on keys, Jeremy Whitesides on guitar, Josh Olsen on bass featuring Lisa Giacoletto and Ashlee K on vocals. Grits Green opens the show.