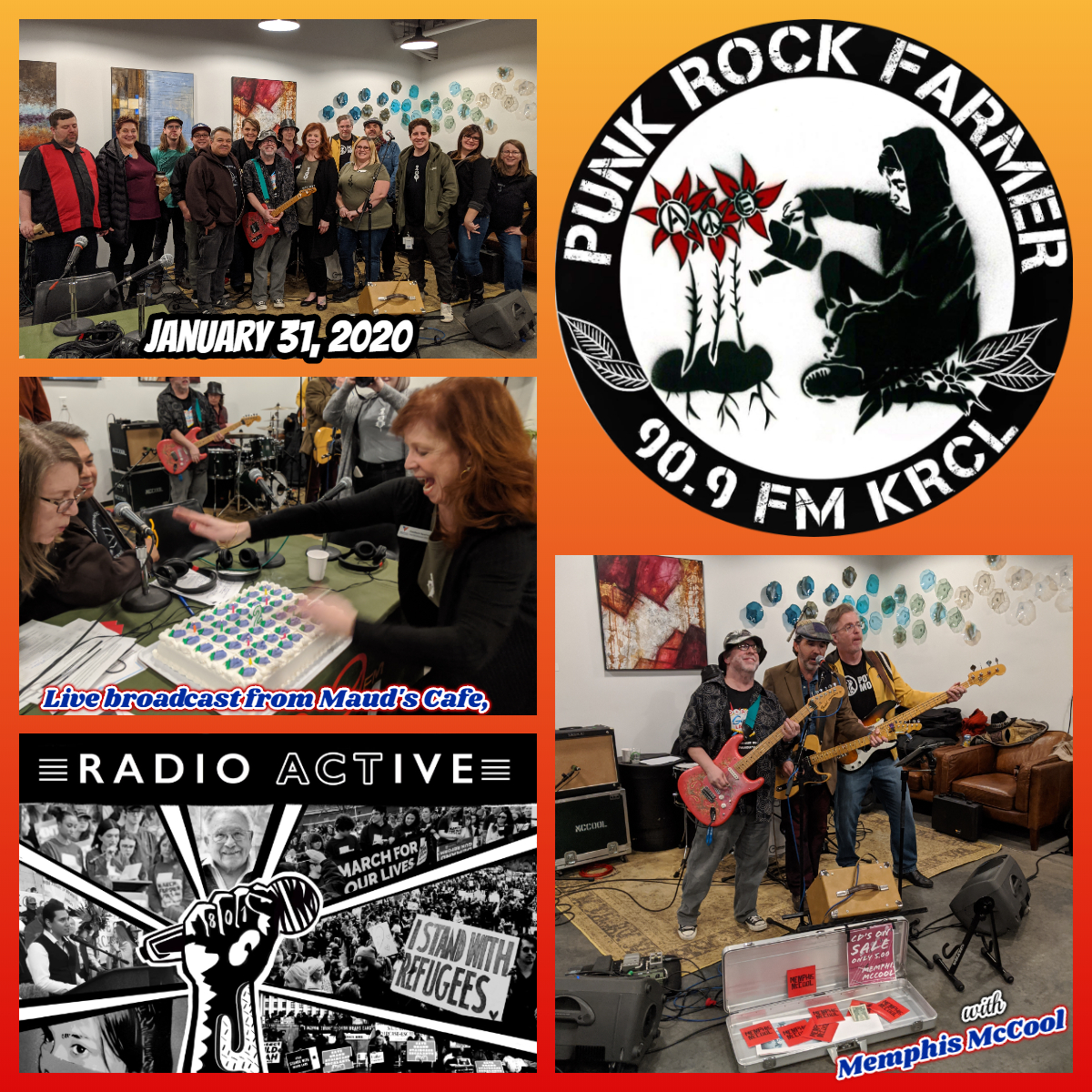 RadioACTive and KRCL's Punk Rock Farmer #OnTheRoad to celebrate the 2nd Anniversary of Maud's Cafe. Live music from Memphis McCool, #UrbanFarmReport with farm-to-fork legislation and the Utah Farm and Food Conference, and #GoodTrouble with organizers of Monday's Repeal the Port Rally

A live broadcast celebrating the 2nd birthday of Maud's Café, working to end teen homelessness in our community one cup of coffee at a time. Guests:

Live music from Memphis McCool. Look for them this summer at festivals and farmers markets across the Wasatch Front. Click here to download their music, which they proudly call "Power Soul and all things booty moving."

Common Sense vs. the Utah Inland Port, a major report by the Stop the Polluting Port Coalition on the what they say are likely negative impacts from the proposed Utah Inland Port. Guests: Coalition members Jonny Vasic of Utah Physicians for a Healthy Environment and Deeda Seed of Center for Biological Diversity.