Facing the Past and Present with "Always in Season" 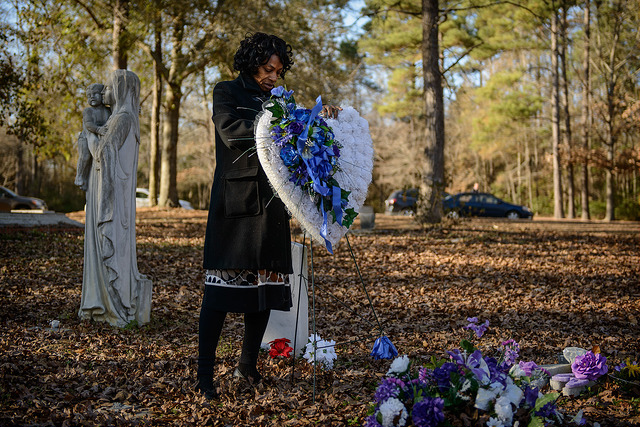 In the spacious confines of a private lodge, I am standing at a small table sipping on a fresh cocktail and waiting for a panel of filmmakers to begin talking about the effort to ensure Native and African American experiences and memories are reflected in the story of America. Jacqueline Olive is one of these filmmakers. She is at the 2019 Sundance Film Festival to debut her documentary, "Always in Season." It has taken Olive 10 years to make this film. Her film is about lynching, a heinous act that Olive states is not a thing of the past. Before she answers questions, she thanks two special people in attendance: Claudia and Pierre Lacy, the mother and brother of Lennon Lacy, a 17-year-old boy who was found hanging on a swing set in his hometown of Bladenboro, North Carolina. Claudia and Pierre are African American, and they believe that Lennon was lynched. I look to my right, not too many people over, and see Lennon's mother and gulp. I look to my left and see his brother. My heart aches. I think of my own son and I push the thought out of my mind. Tears well up in my eyes. How is this possible?

Later, I sit with Olive in the basement of this bougie house in a room with "Star Wars" posters on the wall. Music thuds from the floor above us. It's quite the juxtaposition. All around us people are celebrating. Somewhere in that house, two people are at the world-renowned Sundance Film Festival because they believe their loved one was murdered and they were brave enough to fight an oppressive system that failed to thoroughly investigate the incident. I know, and Olive reminds me, that theirs is an experience that is typically reserved for African Americans.

Olive spent years researching lynchings over the course of American history and talking to community members that have some kind of connection to a lynching. She reveals things that I never learned in my history books at school. She tells me that there is a documented lynching as recent as 1981 in Mobile, Alabama. How, I wonder, is this possible? I am awkward and fumbling in my interview. Olive's research — Lennon Lacy's story — is too much for me to process. I feel angry that we are even having this conversation — that people in the race I am identified with can be so abhorrent. I don't know how to help. But Olive knows this. She tells me that sometimes, the best way to help is by listening and starting conversations; by spreading awareness and encouraging, no, demanding that Americans acknowledge even the ugliest pieces of our history. I don't think that is enough. But it's the least we can do.